Roadmap to Success series to feature ‘How to Fail at Franchising’

Henderson Chamber to welcome Brown from FranNet as presenter April 21 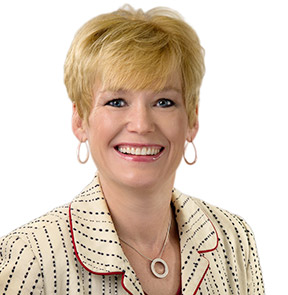 HENDERSON, Nev. – Sarah Brown, consultant with FranNet in Nevada, will present “How to Fail at Franchising” as part of the Henderson Chamber of Commerce’s Roadmap to Success workshop series from 7:30 to 9:30 a.m. Thursday, April 21, at the Henderson Business Resource Center (HBRC), 112 S. Water St. near West Pacific Avenue in downtown Henderson.

During the workshop, Brown will discuss how to assess and leverage transferrable skills to be a successful franchise owner; why fit is so important in small business success and address myths of franchising and how to find the right franchise.

Brown served as the regional developer for Synergy HomeCare in Colorado and grew the concept from one location to five in three years. After selling her business in 2014, she Brown became the regional developer for FranNet. Before her entrepreneurial ventures, she was an executive at Boston Market, supply chain director for General Mills and served in the U.S. Navy for five years. Brown, a Project Management Professional, earned her master’s degree in business administration from the University of Minnesota and her bachelor’s degree from the United States Naval Academy.

All chamber members and the public are invited to attend. There is no cost for Henderson Chamber members. Cost for non-members is $25. An additional $10 will be charged for walk-in attendees. To reserve a space, register at hendersonchamber.com by Tuesday, April 19.

The City of Henderson and Cox Communications are sponsors for the event.

The Henderson Chamber of Commerce Foundation is a non-profit corporation organized to manage and distribute funds and resources to further the development of the community through activities that are exclusively charitable, scientific, or educational. The foundation is responsible for the creation and success of both the Henderson Business Resource Center (a business incubator) and the Leadership Henderson program.