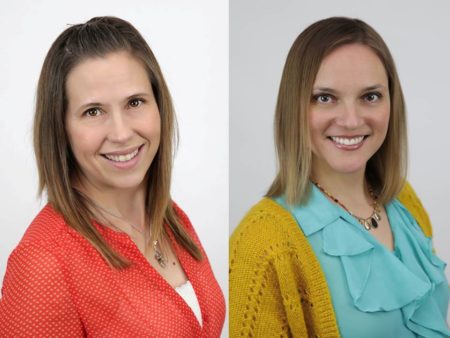 Employees have been with the firm for 11, 6 years, respectively

Previously, Biernacinski served the company as director of media relations, Bond as media relations specialist. Both are native Nevadans and UNLV graduates.

With the agency since 2005, Biernacinski’s experience includes local and national story pitching and coordination for print, TV, radio and online; award nominations; crisis communication; press conference coordination; legislative support; and more. She is also Imagine’s resident editor. As a result of her success in the industry, she has served as an industry speaker and author and has been honored by local organizations with several awards, including induction in 2014 into the Women’s Chamber of Commerce’s Women’s Hall of Fame.

Bond has been with Imagine for six years, joining the firm after an 11-year career in journalism.

Her time at Imagine has been equally as diverse as her time in journalism, where she covered a variety of topics. As the company photographer, she has traveled across the country, compiling more than 10,000 photos for clients as well as writing articles for clients that have appeared in industry publications nationwide. Heavily involved in the community, Bond has also been honored with several awards from local organizations and was inducted into the Women’s Chamber of Commerce’s Women’s Hall of Fame in 2012

Established in 2000, Imagine Communications is a full-service marketing/public relations/communications company with employees in Henderson, Nevada; Flint, Michigan; and Deltona, Florida. Representing local, national and international clients in industries across the board, the company places a high emphasis on cultivating a creative, flexible and inviting company culture that appeals to employees, clients and potential clients alike.

For more information on Imagine Communications, call 702-837-8996, visit weareimagine.com, follow the company on Facebook or Twitter, or check out the company blog or the company online newsroom