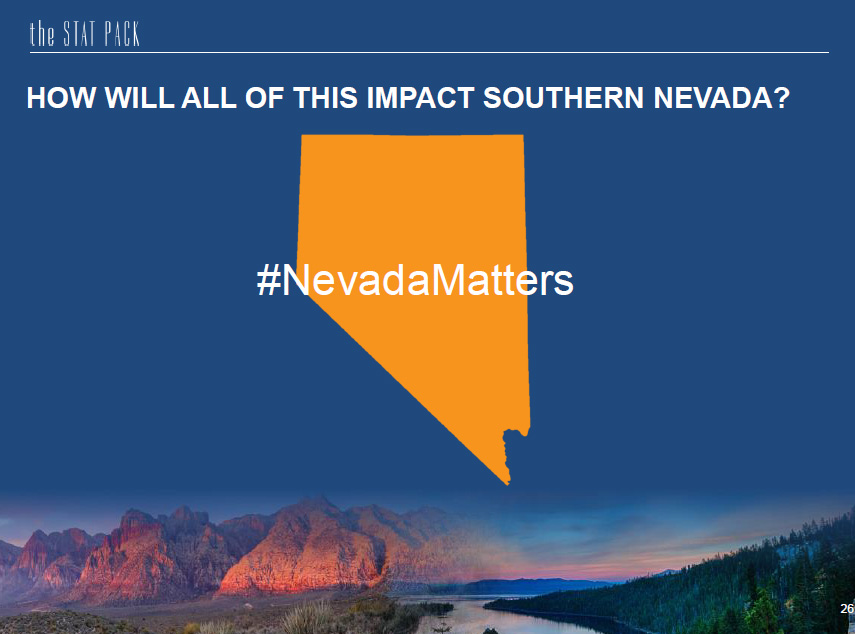 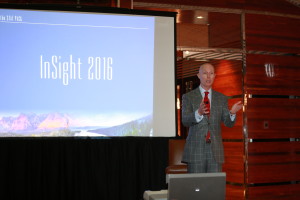 HENDERSON, Nev. – The Henderson Chamber of Commerce hosted InSight2016, an analysis and prediction of the economy from an international, national and local perspective, Wednesday evening at the LUX at the M Resort. This was the event’s second year.

Mike PeQueen of HighTower Las Vegas and John Restrepo of RCG Economics, who co-publish the Stat Pack, presented their analysis to a packed room of invited guests, the chamber’s 96 sponsors and board members.

The Stat Pack tracks key metrics and trends relevant to decision-makers, offers analysis and commentary on financial and economic issues and events, and highlights the latest data-driven findings from the best sources. PeQueen and Restrepo combine stats, charts and graphs with succinct analysis and curated at-a-glance content.

Together, the presenters covered everything from how the world’s major players are performing, to a detailed analysis of the local economy.

Regarding local economic diversification, Restrepo said, “We’re making progress. … It takes a lot of time to change an economy.”

“We like to see job growth outpace population growth,” PeQueen said later in the evening.

Restrepo also said the Las Vegas MSA Gross Metropolitan Product growth is at 3.1 percent (from 2015 to 2016), which is also healthy.

During PeQueen’s presentation, which took an international approach, he mentioned that Las Vegas is rare in the fact that — as a tourist destination — it benefits from decreased oil prices.

Overall, the presenters’ messages provided optimism for the coming year: