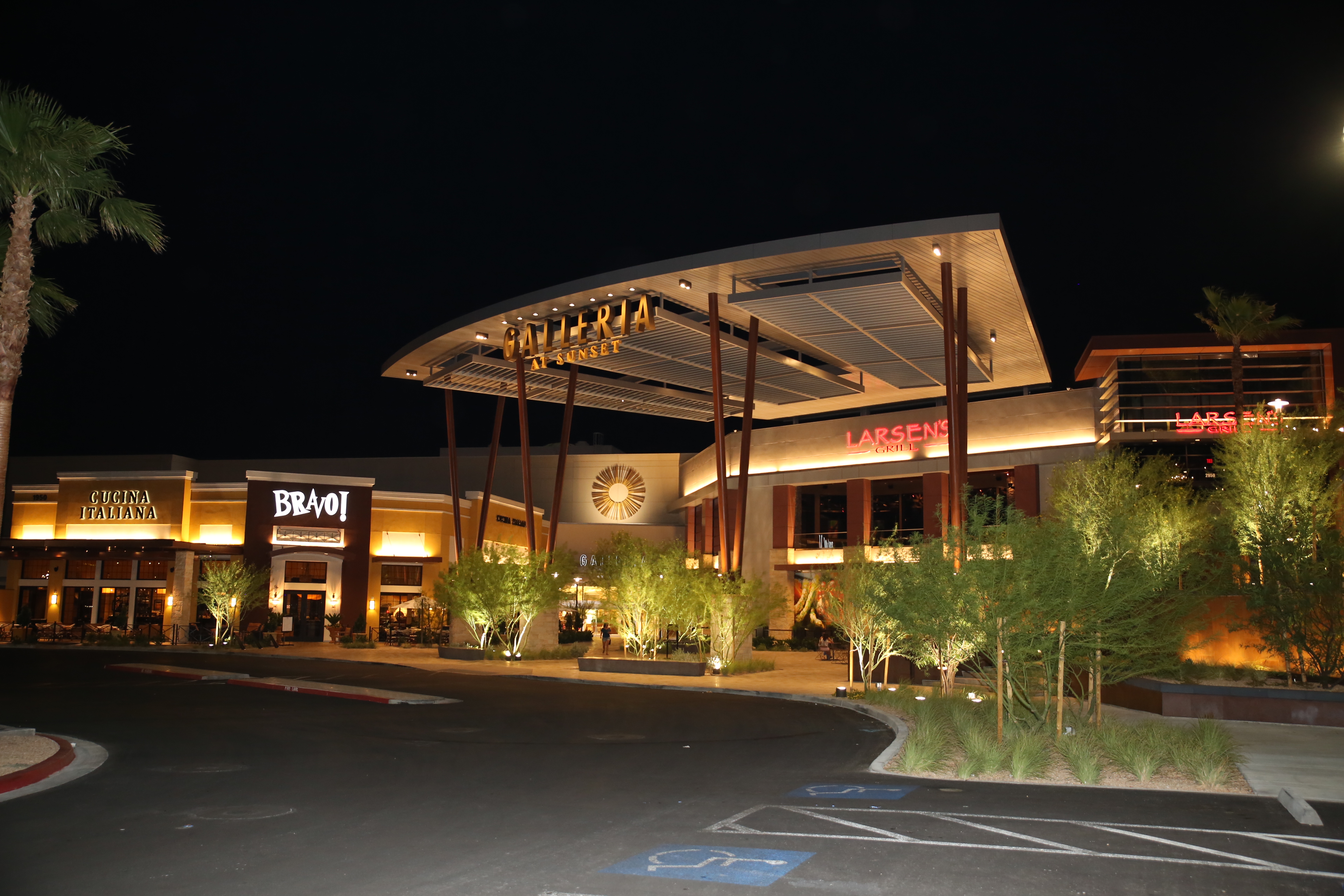 HENDERSON, Nev. – When the Galleria at Sunset opened in February 1996, the bustling intersection of Sunset Road and Stephanie Street was in its infancy, with Sunset Station not set to open for another 18 months. Henderson was in the middle of a growing phase, ranked the No. 1 fastest growing city in the country with a population of more than 100,000 by the U.S. Census Bureau. By 1996, with a population of 125,772, an 88.4 percent growth since 1990, the Galleria at Sunset’s timing couldn’t have been better.

Almost exactly two decades later, the Galleria at Sunset will launch its 20th year with an anniversary kick-off party for the whole family from 1 to 3 p.m. Saturday, Feb. 20, at the mall — located at 1300 W. Sunset Road in Henderson. The event will include live music by local band Holes & Hearts on The Plaza, family friendly entertainment in Kohl’s Court including a show by Twinkle Time, face painting and a balloon artist, and a fashion lounge in Center Court, which will feature a live DJ, mini-makeover station and sweet treats. The first 200 guests to the event also will receive a $20 Galleria at Sunset gift card.

“When it opened, the Galleria at Sunset instantly became an integral part of this community. As the valley grew and evolved, the center grew with it,” said Heather FitzGerald, marketing director. “Twenty years later, we wanted to celebrate this milestone with the people who are the reason we’re still here and thriving today.”

The Galleria at Sunset opened in 1996 and is anchored by Macy’s, JCPenney, Dillard’s, Kohl’s and Dick’s Sporting Goods. It features retailers such as H&M, bebe, Buckle, Forever 21, Abercrombie & Fitch, Victoria’s Secret, and more. Galleria at Sunset is co-owned by Forest City Enterprises and QIC and managed by Forest City Enterprises. The 1,081,000-square-foot regional shopping center is the only enclosed mall in Henderson and one of the largest in Southern Nevada. In addition to retail, the Galleria at Sunset boasts five full-service and 11 fast food restaurants.