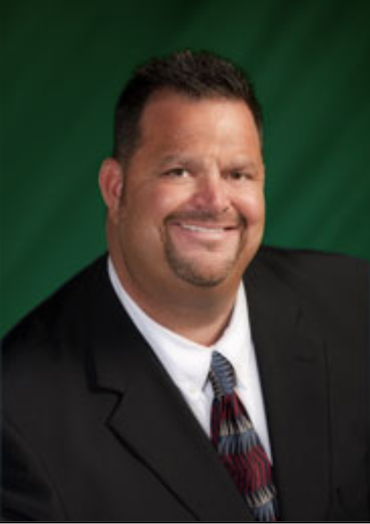 HENDERSON, Nev.  – Victor Hecker, former head coach for UNLV’s swim team and local real estate developer, searched the country for a loan to build a memory care assisted living facility near Elkhorn Drive and Jones Boulevard. All of the banks to which he applied – even one he’s been with for more than 20 years – turned him down flat. The reason? The numbers didn’t add up in the computer, and it was only a $3 million deal.

Nearly a year ago, through a broker in Ohio, Hecker was introduced to Steve Wagner at Valley Bank of Nevada – right in his own back yard.

Wagner was able to utilize the SBA 504 lending program and the Governor’s Nevada Collateral Support Program, as opposed to conventional financing, because it offered the most benefit to Hecker, his project and his future plans to build more of the much-needed facilities in the Las Vegas Valley. All it took was some investigation on Wagner’s part.

“Victor brought some top-notch individuals to this project. He really had his ducks in a row. He did his research,” Wagner said. “As we moved forward, the more sense it made.”

The experience meant a lot to Hecker. Now, he doesn’t have just a loan officer or a bank. He has a partner who believes in him and his project, a 16,000-square-foot, 24-bed facility that begins framing this week. Although it’s not slated to open until later this year, Hecker is already getting calls from families hoping the facility will help their loved ones.

“We could have five of these in the valley in the next two years only because Valley Bank is aggressive, concerned and helpful,” Hecker said. “At Valley Bank, they know me. They looked at my credit score. They looked into my background, but they did it. Human beings made a decision. Not a computer.”

With some creative planning on Valley Bank’s part, the memory care facility, along with possibly four of its siblings, will be constructed, opened and operating for community members greatly in need of their services. One decision to fund a project can impact economic development for a few years.

“Economic studies have shown that for every $1 million in small business loans, on average, 10 jobs are created in the community,” said James York, founder, president and CEO of Valley Bank of Nevada. “That may not seem like a lot, but it adds up. Every little bit helps Southern Nevada’s economic recovery, and we take our role in that recovery very seriously.”

By his estimates, Hecker said the first facility should be full in the first 60 days of operation.

Hecker isn’t the only business owner who has found the human connection in banking. Valley Bank of Nevada has helped numerous small- and medium-sized businesses to expand or realize their dreams through creative, solid funding through federal programs larger banks won’t recognize because the numbers don’t add up.

“They’ve got some very solid, caring people,” Hecker said. “They realize I’m a real person. Valley Bank can serve anyone getting started in business. They’re so much different than a lot of banks I’ve been involved with.”

Established in 2005, Valley Bank of Nevada is known for providing consumer banking services designed to restore the traditional values of service and quality that the banking industry was built on. Dedicated to increasing the financial health and stability of communities through supporting small business, Valley Bank of Nevada now has two valley locations, in Henderson and in North Las Vegas. The bank’s philosophies are built upon the time-tested principles of service, integrity and commitment to success.

For more information on Valley Bank of Nevada, call 702-259-2658 or visit valleybanknv.com.