Based on the vision of doing marketing the way it should be done, Imagine Communications was originally established as Imagine Marketing of Nevada in 2000. Founded by Henderson, Nevada native D.J. Allen, the business’ first location was Allen’s kitchen table. 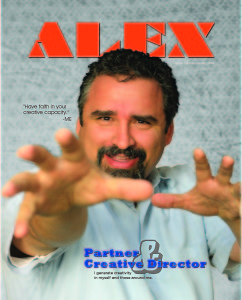 Local artist and visionary Alex Raffi joined Allen as a company partner just six months later, and the company’s move to the Henderson Chamber of Commerce’s business incubator, the Henderson Business Resource Center (and is now considered one of the center’s most successful graduates), quickly followed in 2001. That year, the company held its inaugural holiday dinner at Carrabba’s Italian Grill; the entire team and their family members fit in one booth.

In 2003, Imagine Marketing “graduated” from the Henderson Business Resource Center and moved into its first “real” office in the Black Mountain Community Bank building at Horizon Ridge Parkway and Valle Verde Drive. The company relocated once again in 2006 to its current home in Anthem, 11500 S. Eastern Ave.

In 2005, Imagine merged with longtime local ad firm In-House Advertising, bringing Allen’s longtime mentor, Brian Rouff, with it. Then a 30-year marketing veteran, Rouff joined Imagine as a partner and, after Allen left to work for UNLV basketball coach Lon Kruger in 2008, Rouff became Imagine’s managing partner, leading the company through what would become its greatest test to date, the Great Recession.

While tough, the recession made Imagine stronger and leaner, and many additional services were added to the company’s list of offerings. In 2009, the Las Vegas Chamber of Commerce honored the firm with its coveted Small Business of the Year award as part of its 2009 Biz E Awards. (Considering the economic environment, Rouff thought being honored in the nonprofit category would have been more appropriate.) Imagine began its own blog that year as well and, to combat the increasingly competitive and uncertain nature of the local media environment, its own online newsroom, The ION.

“In my experience, adversity can tear a team apart or bring it closer,” Rouff said. “In our case, it as the latter. We’d never want to go through it again, but the lessons we learned were invaluable.”

By 2010, Imagine had much to celebrate. Two years into the grueling recession, the agency hadn’t laid off a single full-time employee. It was also Imagine’s 10th anniversary, and a celebratory barbecue was held. 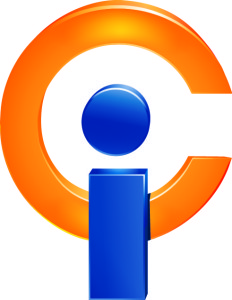 Today, Imagine Communications is an 11-person company with employees in Henderson, Nevada and Flint, Michigan. Representing local, national and international clients in industries across the board, the company places a high emphasis on cultivating a creative, flexible and inviting company culture that appeals to employees and clients and potential clients alike. And of course, Imagine continues to do business the way it should be done.

For more information on Imagine Communications, call 702-837-8996, visit www.weareimagine.com, follow the company on Facebook or Twitter, or check out the company blog or the company online newsroom.