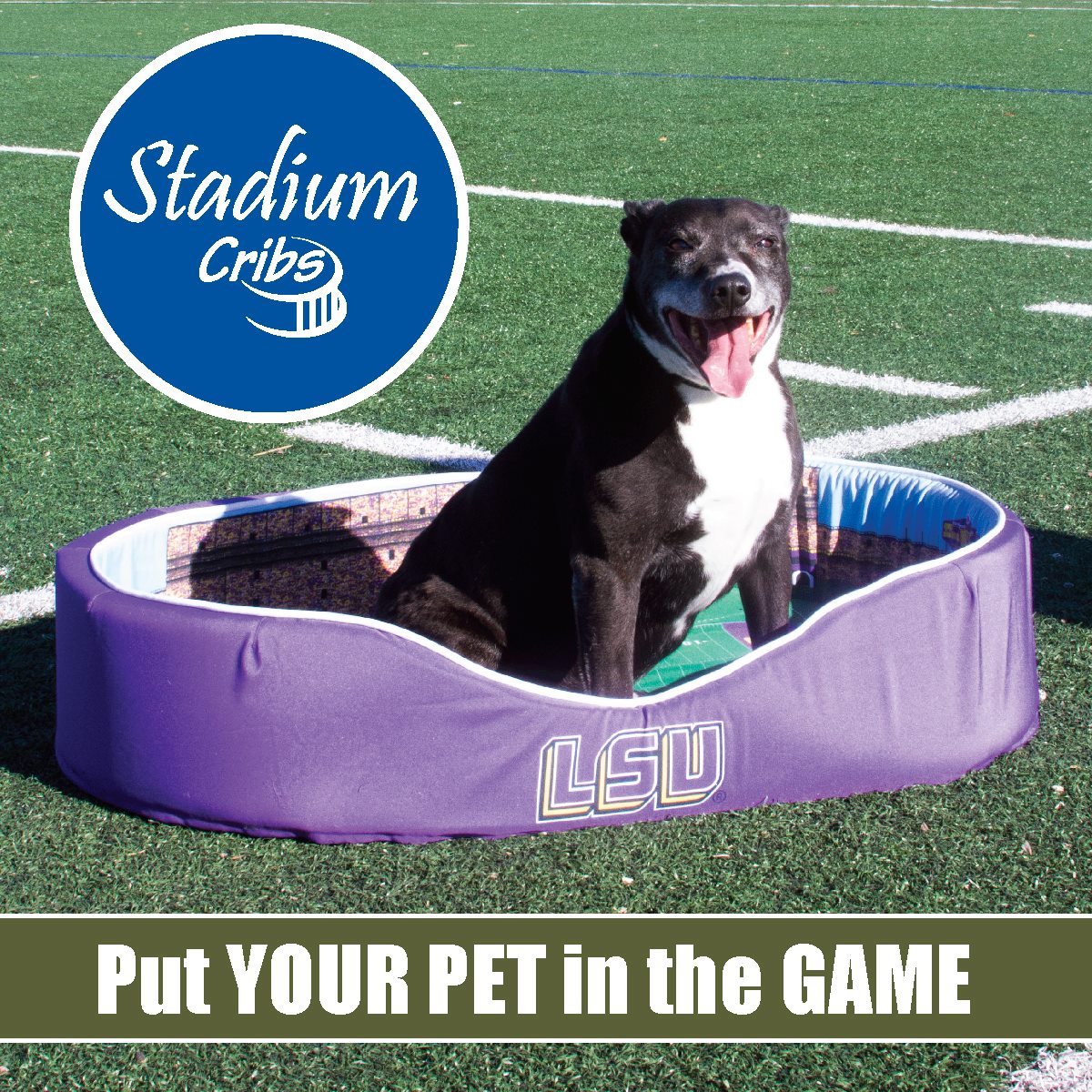 SILVERLAKE, Kan. – Former college and professional basketball player Kevin Kruger’s family has been giving dogs a safe place to sleep since he was a young boy. One day, when he and friend Lyle Richardson were bouncing ideas around, they found a way to combine their passion for sports and their love of animals. Stadium Cribs was born.

“We have had rescue dogs in our house since I can remember,” Kruger said. “My mom has such a big heart for animals. Just like with sports, I fell in love with animals because of my parents. Animals, particularly dogs, have always been a huge part of our lives.”

Stadium Cribs offers pet beds modeled after the football stadiums and basketball arenas of the top NCAA teams in the country. The idea is to unite passions in one product, allowing fans to “put their pets in the game,” Kruger added.

“People love their pets and they love their favorite teams, especially their favorite college football and basketball teams,” said Richardson, co-founder of Stadium Cribs. “Kevin and I were shocked the concept didn’t already exist and we’re thrilled to offer this to sports fans and pet lovers around the nation.”

StadiumCribs.com currently offers pet beds in three sizes (prices range from $59.99 to $79.99), for 60 stadiums and arenas from across the nation. The collection is expected to grow to more than 100 teams throughout 2014. Each bed design is officially licensed by the respective schools.

The beds feature unique characteristics of each stadium and arena, according to Kruger.

From coast-to-coast, sports fans now have a new way to show their loyalty to their favorite NCAA teams. And, according to Richardson, because of the popularity of the concept, StadiumCribs.com is already looking to expand into professional leagues.

The pet beds are currently available for retail sale at StadiumCribs.com and selected retailers. A complete list of available stadiums/arenas as well as upcoming releases, can also be found on the website.