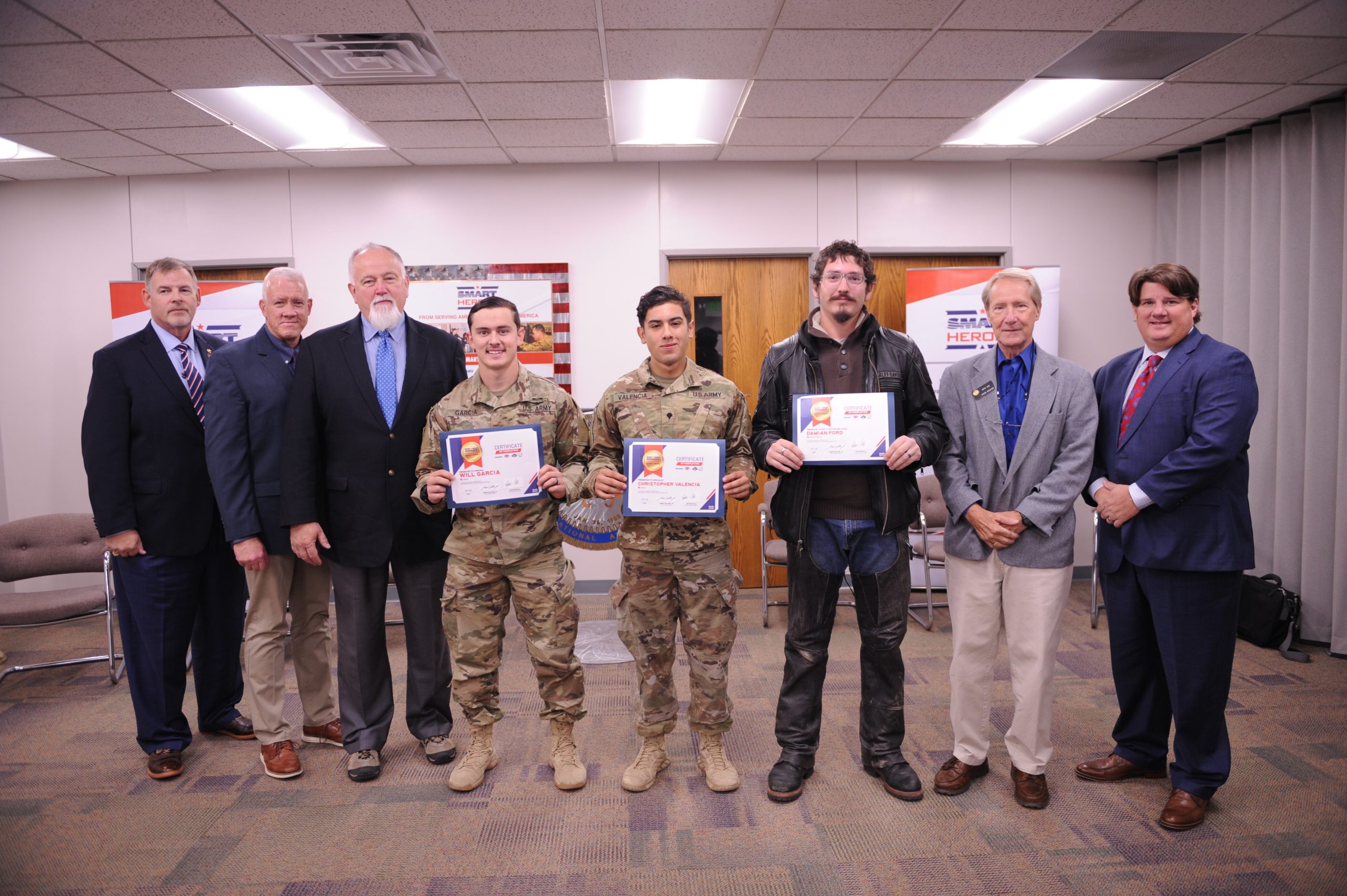 Three participants completed a seven-week course to earn the equivalent of their first-year sheet metal apprentice training (224 hours). The class, open to military members who are planning to transition out of the military within a year and recent veterans, affords graduates the ability to transfer to any of the 148 International Association of Sheet Metal, Air, Rail and Transportation Workers (SMART) apprenticeship programs in the country, where they would be provided direct entry and advanced placement as a second-year sheet metal apprentice.

Although the first class welcomed three participants, the second class plans to engage 15 military members into the sheet metal brother and sisterhood. Local 9 was chosen as the SMART Heroes second location based on its impressive veteran membership — between 40 and 46 percent — and proximity to military bases such as Fort Carson. Local 9 also will receive its second Honoring Investments in Recruiting and Employing (HIRE) Vets Platinum Award this fall presented by the U.S. Department of Labor.

For Andrew Gilliland, training coordinator for Local 9, recruiting military members into the apprenticeship program is a no-brainer, for a career in sheet metal can offer them as much as they can offer to the industry. SMART Heroes fit directly into that niche.

“A career in sheet metal gives them a sense of accomplishment and an opportunity to continue to build on what they accomplished in the military,” Gilliland said. “On the other side, they’re loyal; they know how to solve problems; they’re used to working with technology. Augmented reality is part of their everyday lives. They can turn a wrench and use technology at the same time. They’re leaders. They have a can-do attitude. They bring a sense of competition into the workplace that certainly raises productivity. They come in with an edge to them that says, ‘I’m here to work.’ Those are all things that benefit the industry.”

The curriculum for the SMART Heroes program was created by the International Training Institute (ITI), the education arm of the unionized sheet metal, air conditioning and welding industry. The ITI, together with SMART and the Sheet Metal and Air Conditioning Contractors’ National Association (SMACNA), created the program in collaboration with SMART Local 9 Colorado and its training center, SMACNA Colorado and Helmets to Hardhats.

Launched in August 2017 in Washington State, the SMART Heroes program was established to provide free sheet metal industry training to enlisted U.S. Military men and women who plan to enter the civilian life within the year, thereby assisting in a successful transition into the civilian workforce. The second location in Colorado Springs began offering the same training in August 2019.

For additional information on SMART Heroes, visit www.smart-heroes.org or call the International Training Institute at 703-739-7200.