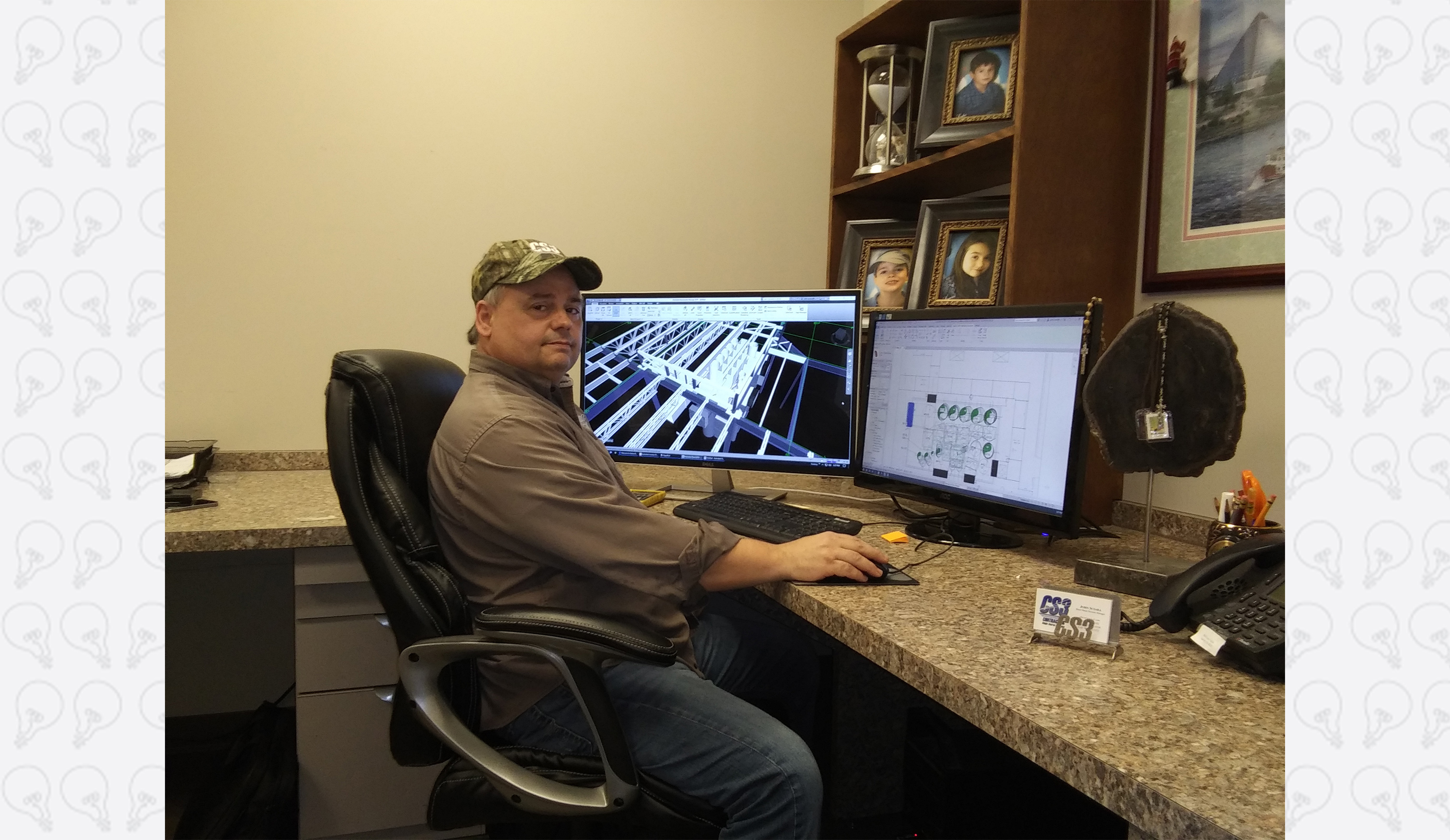 His body could no longer do the work, but his mind wanted to learn

MEMPHIS – Like many people who enjoy working with their hands, John Sciara never thought about how hard work outside for a number of years would affect his body. And he sure didn’t think it would happen sooner rather than later.

A union sheet metal worker, he graduated from the apprenticeship in 1992, and 27 years later Sciara is still on the job, but as detailer draftsperson. Now, he’s designing the HVAC systems he used to install but from behind a desk, using a computer and 3D building information modeling (BIM) software.

As a teen, his father passed away, and by the time he finished his first year of school, all the money he had saved was gone. His mom was going to take out a second mortgage to help him finish school, but he couldn’t let her do it. His brother-in-law was a sheet metal worker, and guided Sciara into the trade, telling him, “You get out what you put into it.”

And those words carried him for more than 25 years.

“I am so happy and proud it worked out the way it did,” he said. “I was welding 40 hours a week, duct jobs, metal roofs, you name it. It was thrown at me, and I sought those opportunities. They didn’t give you respect. You had to earn it. But once I did, I got the passion for it. I got to design it, fabricate it and install it. I think I’ve had as good a sheet metal career as I could have.”

Always seeking opportunities, Sciara took an AutoCAD class to learn new skills. He had some catching up to do on his computer skills.

“They didn’t have computers in school when I was an apprentice,” he said with a laugh.

SMART Local 4 and the International Training Institute (ITI), the education arm of the sheet metal industry, paid for more than 120 hours of training as part of his union membership. CS3, his employer, even invested in the software.

Then, it happened. He was hunting with his son on Thanksgiving morning in 2016 and suffered a stroke.

“I love what I do. I have a passion for it, but my body was telling me to slow down,” he said.

Ron McGuire, BIM specialist for the ITI, instructed Sciara and saw his story as one of success.

“Older sheet metal workers aren’t typically computer savvy, so it’s not for everyone,” McGuire said. “But it’s an avenue to prolong your career. Running up and down a ladder at age 50 or 55 is hard on the body.”

Sciara not only extended his career, he helped his employer expand its market share, allowing them to bid work not available to them before they made the investment.

“Just getting into that market created opportunities they didn’t have before,” McGuire said. “They’ve had numerous opportunities just because they have the capability to do that detailing work.”

A former project manager and administrator, Sciara’s stroke normally would have stopped him in his tracks and forced retirement. The father of five children — three of whom are autistic — wasn’t quite ready. Today, he’s taking better care of his health, and his career is taking off again.

“I’m coming into my own with all the software,” Sciara said. “When I started, I was a stump on a log in Ron’s class. Being in poor health never entered my mind. I just wanted to learn something new and be better at what I do. I just saw it as an advantage.”