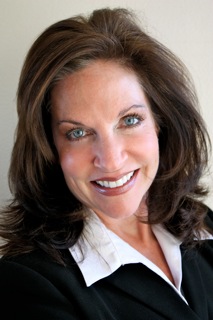 Professional brings more than 20 years of industry experience to association

LAS VEGAS –The board of directors of the Nevada Broadcasters Association has named Mary Beth Sewald president of the organization. Her first day was Monday, Jan. 5.

Sewald is a longtime member of the media and the Las Vegas and Reno, Nevada business community. She is only the second full-time director of the state trade association, succeeding Bob Fisher.

Sewald brings to the NVBA more than 20 years of broadcasting experience. Her career began in 1992 at local NBC affiliate, KVBC-TV (now KSNV). There, she served in various capacities including newscast producer, reporter and anchor before moving into management for the station in 1997.

In 2001, she relocated to KRNV News 4 in Reno. Her 13-year leadership role included sales manager, news director, general manager and director of operations, where she led a team of more than 75 employees.

“I could not be more pleased that Mary Beth has chosen to be the next president of the Nevada Broadcasters,” said Todd M. Brown, vice president/general manager of KVVU FOX 5 in Las Vegas and chairman of the NVBA board of directors. “She possesses the ideal experience in Nevada radio and television to lead the association in a time where both radio and television are faced with some very unique challenges. I am excited about the future of the NVBA under Mary Beth’s direction.”

“I am honored to have been selected to serve the Nevada Broadcasters Association,” Sewald said. “Many critical and challenging issues surround the broadcast industry today, and I look forward to working with Nevada’s broadcasters, our state legislators and key leaders in Washington, D.C. to craft and implement strategies that will shape the future of broadcasting in this country while maximizing service to our local Nevada communities.

“As a longtime broadcaster in Nevada, I thank past president Bob Fisher for his many years of service. I intend to continue important programs launched under his watch, such as the AMBER Alert System and First Responder programs. In addition, I am committed to building an even more robust and visionary association with Nevada leading the way on key initiatives affecting broadcasters in this country.”

Established in 1961, the Nevada Broadcasters Association is dedicated to protecting, promoting, enhancing and strengthening Nevada’s broadcast industry to more effectively serve the public.

As the eyes and ears of Nevada, NVBA serves as an information resource for Nevada’s radio and television broadcast stations, addressing questions and concerns. The organization also responds to questions and concerns from the public, providing a better understanding of the role broadcasters play in the community.

A lobbying organization, NVBA seeks to educate Nevada’s local, state and federal officials and other community leaders about the issues, concerns and challenges broadcasters face and regularly partners with the National Association of Broadcasters and the National Alliance of State Broadcasters Associations on initiatives. The NVBA also serves as Nevada’s voice for Homeland Security and Nevada’s Voice for AMBER Alert.