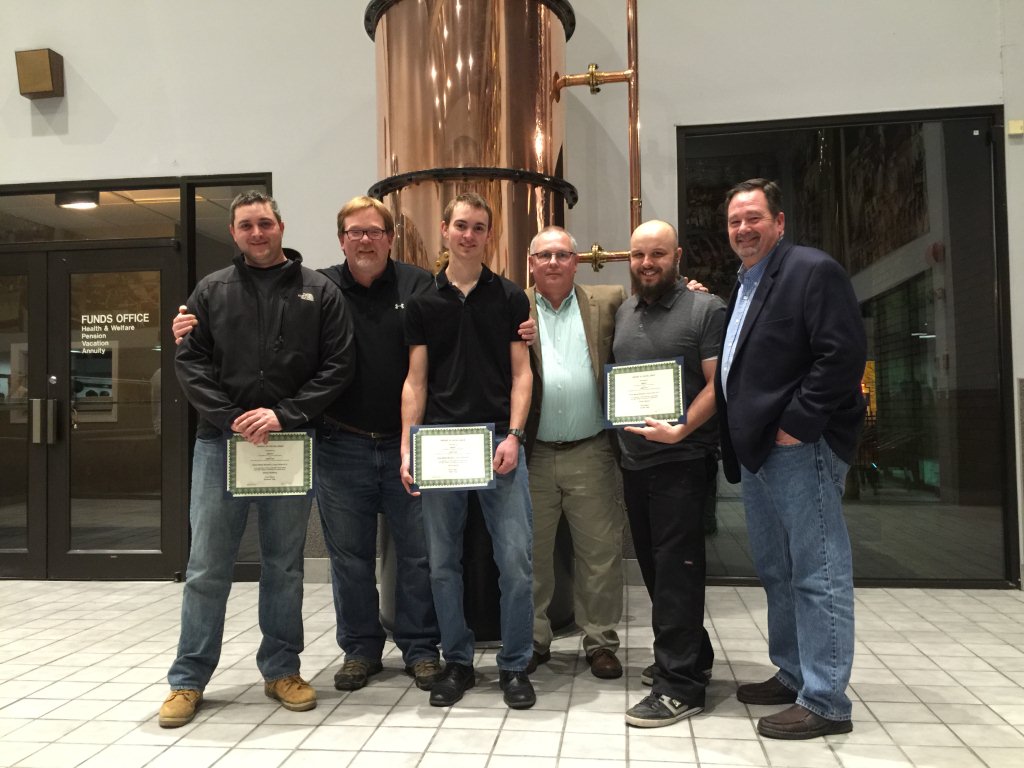 Sheet metal apprentices from training centers across Maryland, Pennsylvania, Delaware and New Jersey competed this spring in the region’s first apprenticeship contest in seven years. The competition, hosted by Sheet Metal Workers Local No. 19 in Philadelphia, welcomed 22 students from eight locals to compete in second-year, third-year and fourth-year apprentice categories. Contestants were chosen through testing at their local level, and the top apprentice in each year from each local attended the regional competition.

Apprentices tested their skills with a digital written exam, administered on the TotalTrack system; drafting; fabrication; and, for the fourth-year apprentices, welding. First-, second- and third-place winners took home cash, and of course, bragging rights.

In the third-year apprentice category, David Holzer, Local No. 12, took home first place with Dana Yerkes, Local No. 19 Philadelphia, in second place, and Julian Ortiz, Local No. 25, in third place.

The competition was open to states in Region 2, one of 12 regions across the country and Canada served by the ITI.

To prepare, apprentices were given study guides, so they could test their skills, not just what they could remember the day of the contest.

“We wanted something everyone could feel good about at the end of the day and judge them by the quality of their work,” said Joe Frick, training coordinator at Sheet Metal Workers Local No. 19. “It gave us the opportunity to judge the contest on value.”

While other contests allow all apprentices to compete by skills, Region 2 kept categories specific to the contestant’s year in the program.

The general goal of the contest was just to get apprentices, instructors and training coordinators from across the region to share ideas, network and help one another make their programs better.

“The morale was a huge thing for us,” Frick added. “We wanted our apprentices to be on a level playing field. No surprises. They’re all winners as far as we’re concerned.”

Keith Schettler, a relatively new coordinator at Local No. 12 in Pittsburgh, started the process as a skeptic and quickly turned into the contest’s cheerleader. As well as giving his apprentices a good learning experience, he took the opportunity to learn from seasoned instructors and coordinators – an important part of growing as an instructor, Schettler said.

“Without the contest, it builds complacency in the program,” he added. “It was a great way as a new coordinator to judge where we were as a training center. We can’t sit back on our laurels. This is a competitive work force. If you don’t have people who are willing to compete, you’re not going to get that job. You can’t put a value on this for the region.”

The competition not only fired up the apprentices, it inspired instructors and coordinators to step up their programs back at home, Schettler said.

“It let the true focus of education shine through,” Schettler said. “It showed the apprentices where they needed to be, but it also allowed us to evaluate ourselves.”