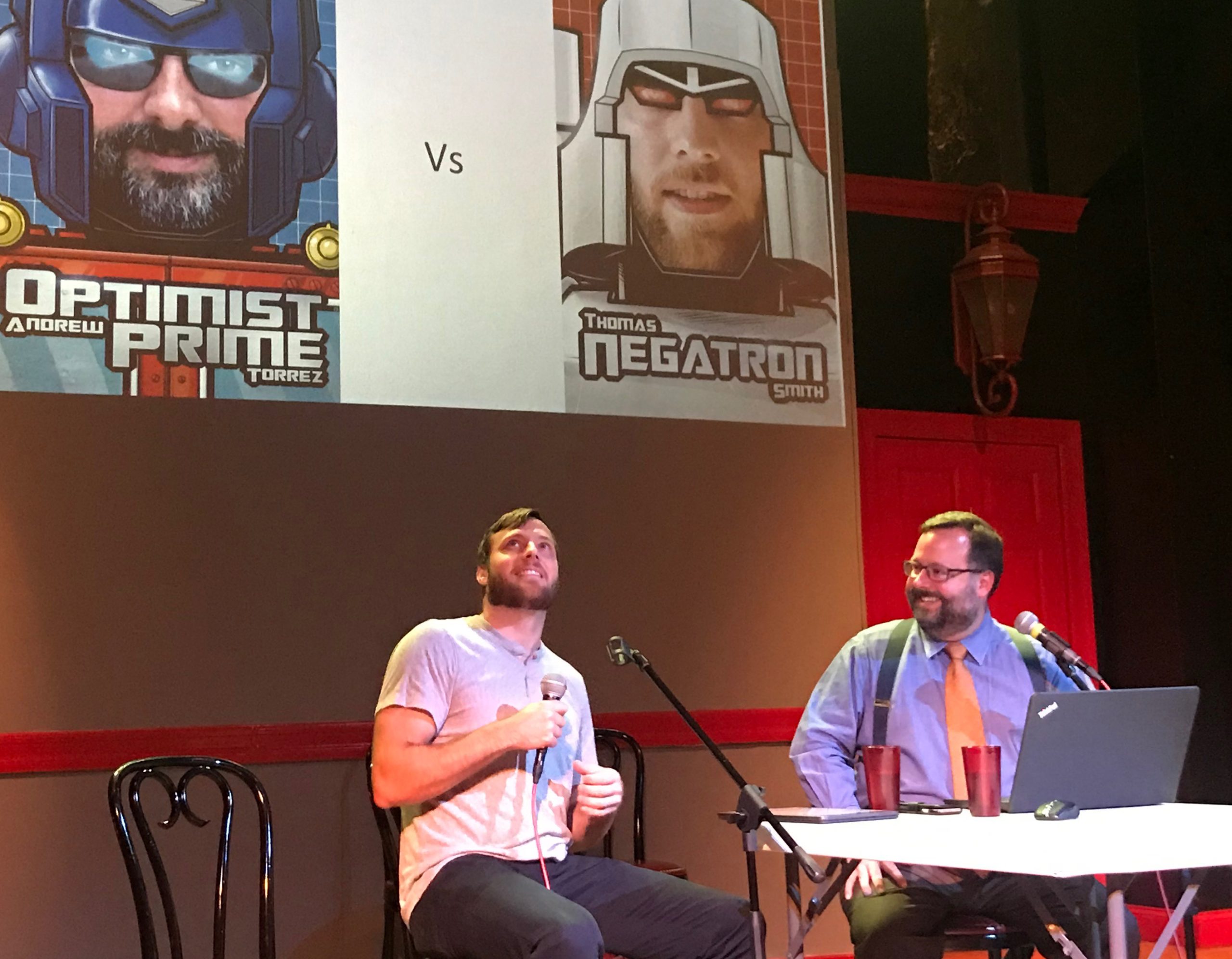 The ink had barely dried on the official nonprofit paperwork for the Opening Arguments Foundation when the first $160,000 was raised. But Andrew Torrez, co-host of the popular “Opening Arguments” podcast, Harvard University-educated lawyer and the nonprofit’s director, said they’re just getting started.

The Aiding and Abetting Abortion Emergency Fundraiser was held on July 1 in collaboration with other podcasts, including “Cognitive Dissonance,” “The Scathing Atheist” and “Knowledge Fight.” Together, they raised the funds in 3 ½ hours for three trusted organizations working in areas affected by the overturning of Roe v. Wade — The Lilith Fund for Reproductive Equity in Texas, the Midwest Access Coalition and ARC Southeast.

The Opening Arguments Foundation promotes the public understanding of the law, counteracts misinformation about the nature and role of the judiciary, empowers the next generation and supports grassroots activism and like-minded organizations working to protect citizens from an activist extremist judiciary.

A longer-term goal of the foundation is to empower nontraditional law students and award scholarships. Torrez said many Americans are worried about the future, but they may not have the educational background to do much about it. The foundation hopes to help get more of these voices into the law profession, to tip the scales, as it were.

“Now, we’re no longer just doing a show; we’re helping fight back against this Supreme Court from the top down by exposing their terrible arguments and from the bottom up by empowering grassroots organizations,” Torrez said. “It’s a long road, but we’re trying to do our part to fight for the best in America.”

With the support of a very legally savvy listenership, “Opening Arguments” has consistently partnered with other podcasts and organized to support charitable causes and what it sees as judicial imperatives. Those include the yearly charity drive Vulgarity for Charity, which has raised hundreds of thousands of dollars for ModestNeeds.org, as well as two Livestream to Save the Senate events that collectively raised nearly a quarter of a million dollars in late 2020 to aid candidates in the Georgia runoff elections. Tom Curry, who was a driving force behind these prior livestream events, now sits on the board of directors of the Opening Arguments Foundation.

This first fundraiser by the newly minted 501(c)(3) nonprofit organization began as an idea from Curry and was organized and took place within a week.

“This was the most we’ve ever raised in a single setting,” Torrez said. “To do so right out of the gate with less than a week to set things up tells us that our audience is ready to answer the call, and this is a time in which mobilizing and fundraising for boots on the ground is more important than ever.”

Torrez said the idea is to go on the offense in terms of public awareness and education about the law, rather than sitting back and playing defense as “the Supreme Court strips people of their rights and rolls back 50 years of hard-won progress.” As a legal communicator, he said he will continue outreach efforts to demystify the law and correct misapprehensions average Americans have about the legal process.

Since 2017, Torrez and his co-host Thomas Smith have been educating lay audiences and law students alike with their biweekly breakdowns of law concepts, legal battles in the news and even a bar exam quiz for Smith — who does surprisingly well for a comedian with no law background. In the last five years, they have cultivated a loyal following that has organized into a community.

The Opening Arguments Foundation is currently helmed by Torrez, with Smith, who was an accountant before jumping into podcasting full-time, serving as the organization’s treasurer. The board of directors includes Curry, of the “Cognitive Dissonance” podcast; Morgan Stringer, an associate at Torrez’s law firm; Lindsey Osterman, associate professor of psychology at Roanoke College; Eli Bosnick, comedian/podcaster and adjunct theater professor at New York University; and Teresa Gomez, Houston resident and longtime volunteer moderator of the “Opening Arguments” Facebook page.

While the Aiding and Abetting fundraiser has ended, donations to the foundation can still be made at oafund.org. For additional information on the “Opening Arguments” podcast, visit https://openargs.com/.