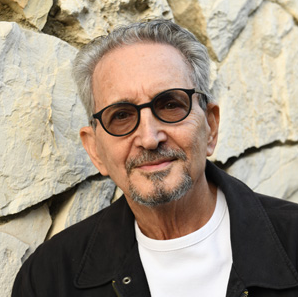 Alan Geik, along with his sister Iris Geik, an attorney, and their late brother, Bernard Geik, an elite New York Police Department (NYPD) detective — who was arrested in the police corruption scandal that rocked New York City in the mid-1970s — extracted the personal insights directly from these known organized crime figures for Alan Geik to include in the book. 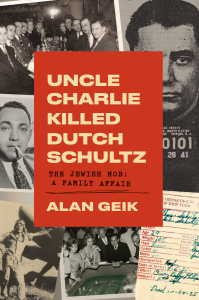 George Gordon, the older brother of Geik’s father, led a gang in New York’s Lower East Side that included young men who would define organized crime for the next 50 years. Countless movies, books, newspaper articles and TV shows — some of them laughably inaccurate, according to Geik — would be produced about these figures.

The story starts with Gordon and Ruby Kolod, his lifelong co-conspirator, burglarizing a dry goods store in their impoverished neighborhood at age 12. Forty years later, Kolod would be the president of the Desert Inn in Las Vegas, while Gordon was a high-level casino operator in the notorious Cleveland Crime Syndicate and a ranking associate of Meyer Lansky in the mob’s Havana casino interests.

Perhaps the most interesting relationship Geik explores is the one he and his brother shared with Charles Workman, the assassin of notorious mob boss Dutch Schultz.

“Although my siblings and I lacked a common bloodline to Charlie Workman, that absence was more than compensated for by his gratitude toward my father, who was one of the trusted bearers of mob financial support to Charlie’s family during his 23-year incarceration,” Geik said. “They knew each other since childhood. After he was released from prison in 1963, Uncle Charlie [Workman] embraced us as family. My brother, a soon-to-be NYPD detective, had a special connection with Charlie, who had the assurance of a strong law enforcement advocate through unofficial channels if a bothersome issue would ever come up. He was in every way our dear Uncle Charlie.”

A recurring theme Geik examines in the book is how Jewish organized crime figures wielded their power to fight antisemitism, brawling with Henry Ford’s Nazi-sympathizing strikebreakers in Detroit and evading the embargo to send crucial armaments to the Israelis in their War of Independence during the late 1940s.

“Alan Geik offers a fascinating look at many of the country’s major underworld figures from New York to Las Vegas and beyond,” said Larry Henry, senior reporter at Gambling.com and author of “The Mob in Pop Culture,” a blog for the Mob Museum in Las Vegas. “He and his family are central characters in this riveting first-person account. This is a beautifully written book that you won’t be able to put down — an instant mob classic.”

“Uncle Charlie Killed Dutch Shultz: The Jewish Mob, a Family Affair” is now available on Amazon.com and at selected bookstores. Review copies are available to all credible members of the media.

ABOUT THE AUTHOR
Alan Geik has been a film and digital editor at Wide World of Sports and Paramount Pictures. He was the on-air host of Afro-Cuban music programs on KCRW-FM and KXLU-FM in Los Angeles for 25 years and produced the Grammy-nominated album “Caravana Cubana: Late Night Sessions.” Geik authored “Glenfiddich Inn,” a 2015 novel set in World War I-era Boston and New York. He earned a Master of Science from the London School of Economics and Political Science. He currently resides in Las Vegas with his wife, Yvette.

For additional information on Geik or his book, “Uncle Charlie Killed Dutch Shultz: The Jewish Mob, a Family Affair,” visit Alan Geik author on Facebook or see the book’s listing on Amazon.