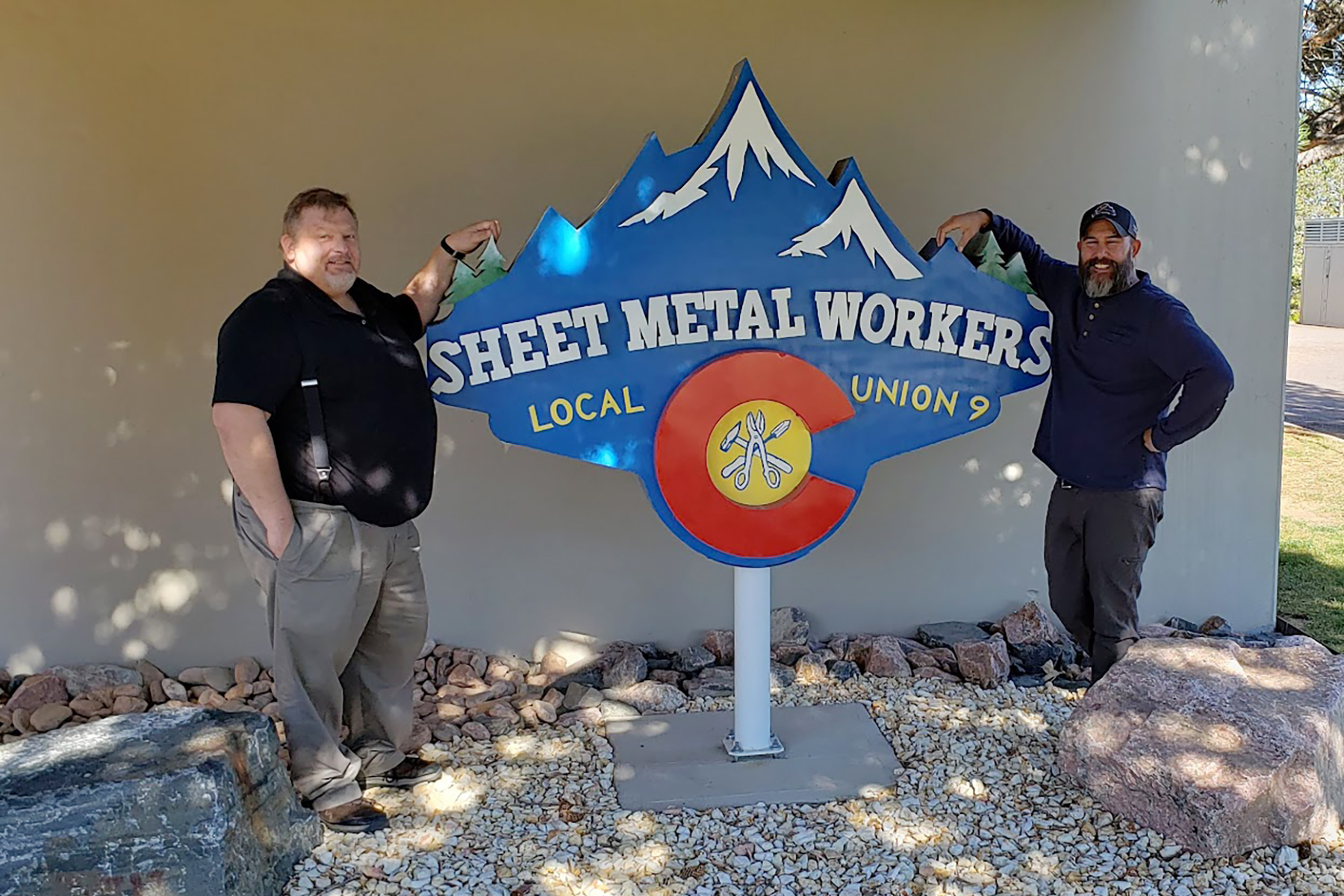 Andy Gilliland, training coordinator at Sheet Metal Workers Local 9 in Colorado Springs, Colorado, knows he can’t save them all. But it doesn’t stop him from trying.

According to the Centers for Disease Control and Prevention (CDC), construction workers die by suicide four times more often than the general population, and data from the National Survey on Drug Use conducted by the Substance Abuse and Mental Health Administration found 12% of construction workers have an alcohol abuse disorder, compared to the national average of 7.5%.

Gilliland knows the stats today and he knew them in 2016 when he realized helping apprentices enrolled in his sheet metal training program, and the membership at large, was a bigger problem than he could solve with no peer counseling or mental health training. In 2017, he attended a SMART Members Assistance Program (MAP) training, which trains leaders in the unionized sheet metal industry to be mental health first responders. They are trained to notice and address the problem, assess the situation and, if needed, guide the member through local mental health or substance abuse disorder programs.

“Since we have done this, we are 100% positive, without a doubt, we have stopped multiple suicides in Colorado,” he said. “With substance abuse concerns, that happens weekly. We are a resource to the members, but we’ve been breaking down the barriers where the apprentices and the general members are more likely to talk about their problems.”

The reasons for the CDC’s numbers in regard to construction workers range from being a largely independent demographic to having access to tools and high places. The largest and most common barrier is the reluctance to talk about what is going on with them, said Ben Cort, SMART MAP consultant and a substance use disorder treatment specialist.

“We don’t use support networks in the same ways others might. While we have close relationships, I think we tend to shy away from expressing feelings and pain to one another,” Cort added. “Changing this is hugely important and made much easier by having these conversations.”

While some are quiet and less likely to come forward, others will tell the whole class if the SMART MAP program helped them, Gilliland said. They have tackled a variety of problems such as trouble with a teenager at home, using painkillers or alcohol to cope with an incident or injury, suicide ideation and bankruptcy. Keeping the SMART MAP program in the members’ ether during union meetings and apprenticeship classes helps to remind everyone it’s available to them.

“It helps people be more relaxed about reaching out to the group. They don’t have to think of us as a secret society,” Gilliland said. “We drive the members to the professionals and support them through the process, and then, we are there on the backside. We keep anonymity throughout.”

Local 9’s SMART MAP program is as much about a sense of community as it is anything else. Being a member at Local 9 is about more than training and a paycheck. Any member is welcome to walk into Gilliland’s office and close the door to talk, “No one thinks it’s weird,” he said.

Empowering the local communities to start their own SMART MAP groups and develop relationships with local services, professionals and programs is the point of the national SMART MAP program, Cort said. Since its creation in 2013, the national program has trained more than 700 members nationwide.

“We don’t keep count, so I don’t have a number in a ledger of people we’ve stopped from suicide or helped with substance abuse or anything else,” Gilliland added. “If we didn’t have the group, all of those people may have not received the help they needed. Even one has made the group worthwhile.”

Although Gilliland can’t count the number he’s helped, he has memories of those they’ve lost. On a September afternoon, he was preparing for an apprentice’s funeral, one they didn’t reach. Those are the particularly difficult ones, the students they couldn’t help.

“It’s horrendous to have that feeling,” he said. “That’s why we do what we do, to help prevent these tragedies, to keep things stable so our members don’t get that low.”

Recently, the conversation has shifted as everyone from athletes and celebrities to national and local SMART leadership are talking more about the importance of mental health.

“We have worked hard to make it acceptable to look out for each other,” Gilliland said. “These are the stigmas the SMART MAP program is trying to eradicate. When people talk about their problems, when they are directed to professional help — when people see they’re not alone — that is when the tide changes.”