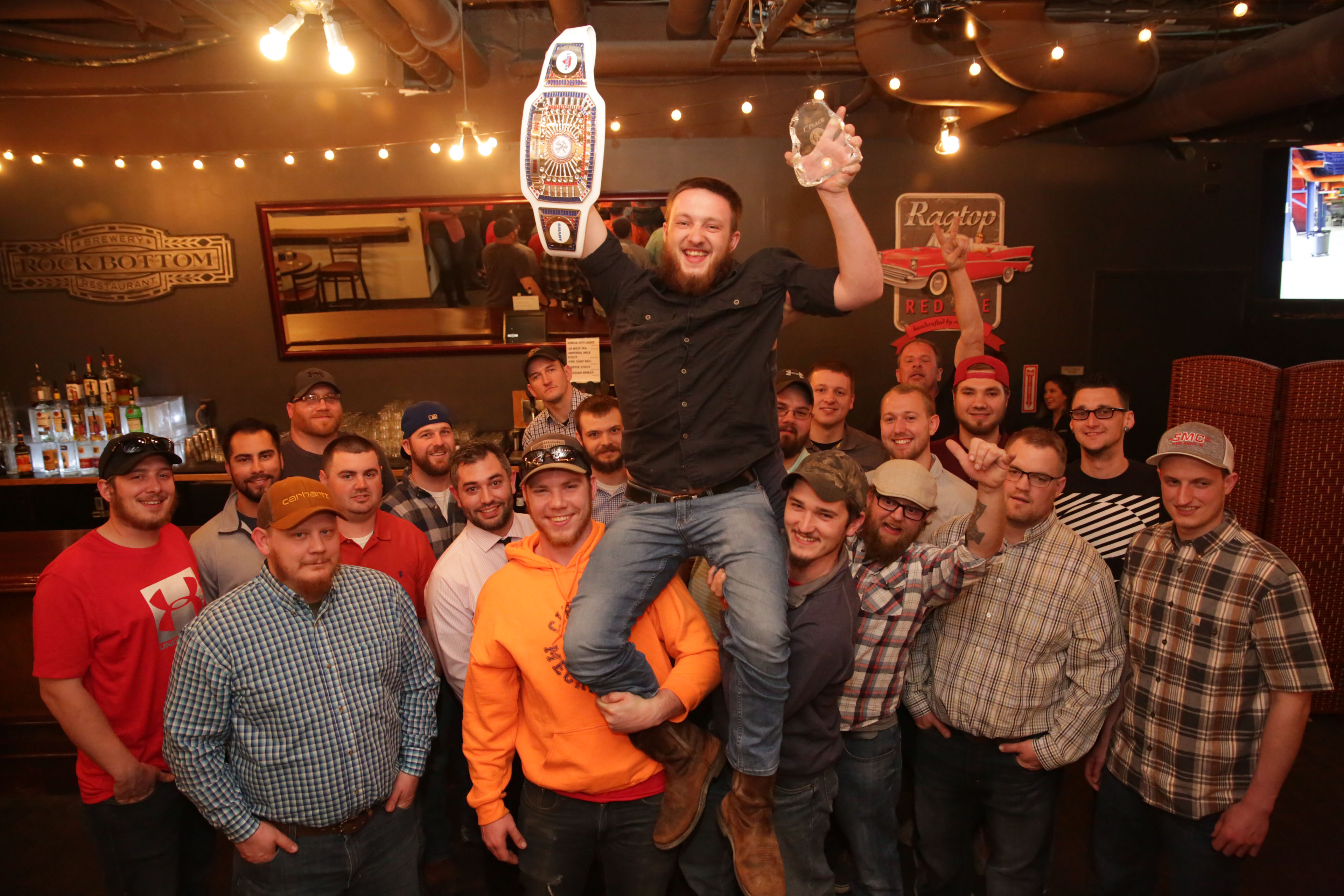 Over the course of three days the all-star group made up of five first-year, two second-year, six fourth-year and nine fifth-year apprentices competed in service, industrial/welding, architectural, HVAC, and testing, adjusting and balancing (TAB). Jason Benson, Local 20 training coordinator, said of those, four were returning champions. 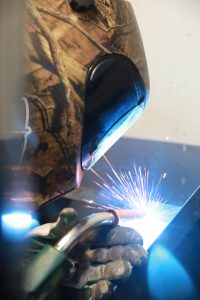 Judges named a top apprentice in each discipline. In addition, for the first time this year, the scores across all five were added to arrive at the top three ultimate apprentices.

Benson said the apprentice who won the overall contest would receive a custom trophy, donated by D&V Precision Sheet Metal in Greenfield. The trophy will travel for display at the ultimate apprentice winner’s school or hall until the next year’s contest.

“Joe (Potesta, the center’s director of training) and I went and met with the owner,” Benson said. “And Joe gave them a few ideas on the concept and they designed it, and it is awesome.”

In addition to the trophy for the top winner, the top three received a combo kit donated by Dewalt, a shirt donated by American Medals, a Lowe’s gift card and a crystal trophy.

Wilmes said he was surprised, especially when he heard how close the scores were. Not content to rest on his laurels, the Purdue mechanical engineering graduate vowed to return next year and do better.

Offerle never expected to win, especially not at this, his first competition. 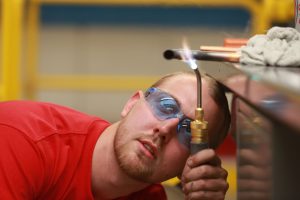 “I was going to do it my first year, but then it didn’t work out,” he said. “This time of year came around, and I thought, you know, it’s my last chance. I’d better at least try for it. And now I’m here.”

Winning projects were displayed on the table, and after a quick glance, Offerle knew not a single one of them was his.

“I did OK in all the events,” he said. “But after seeing these up on the table. Those are good. Those are so good.”

He was especially proud of his copper pipe brazing in the service competition. “And it was only my second time ever braising. It still turned out good. Not that good, but I’ll take it, I guess.”

“I thought he would do very, very well,” Coleman said. “He’s an awesome student, does everything that’s asked of him, goes above and beyond. He’s done well. Very well this weekend.” 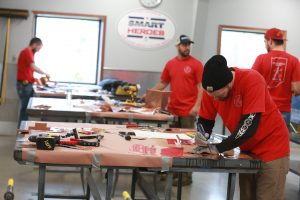 The contest projects were designed by Local 20 instructors. Scott Bush was in charge of the TAB competition. Brent Hoag designed the architectural challenge, which had apprentices fabricate a copper ogee conductor head. Coleman took on the HVAC challenge while Jim Dempsey designed the industrial project and Sean Webb designed the service project.

“These guys put in a lot of extra time on their own,” Benson said. “They worked evenings, they came in early, they came in on Saturdays. They wanted to come up with challenging projects, and I think they did that. I think everybody will agree who competed.”

The competition wasn’t just about awards and winning as Trent Todd, business representative for the Indianapolis Area, pointed out at a Friday group dinner.