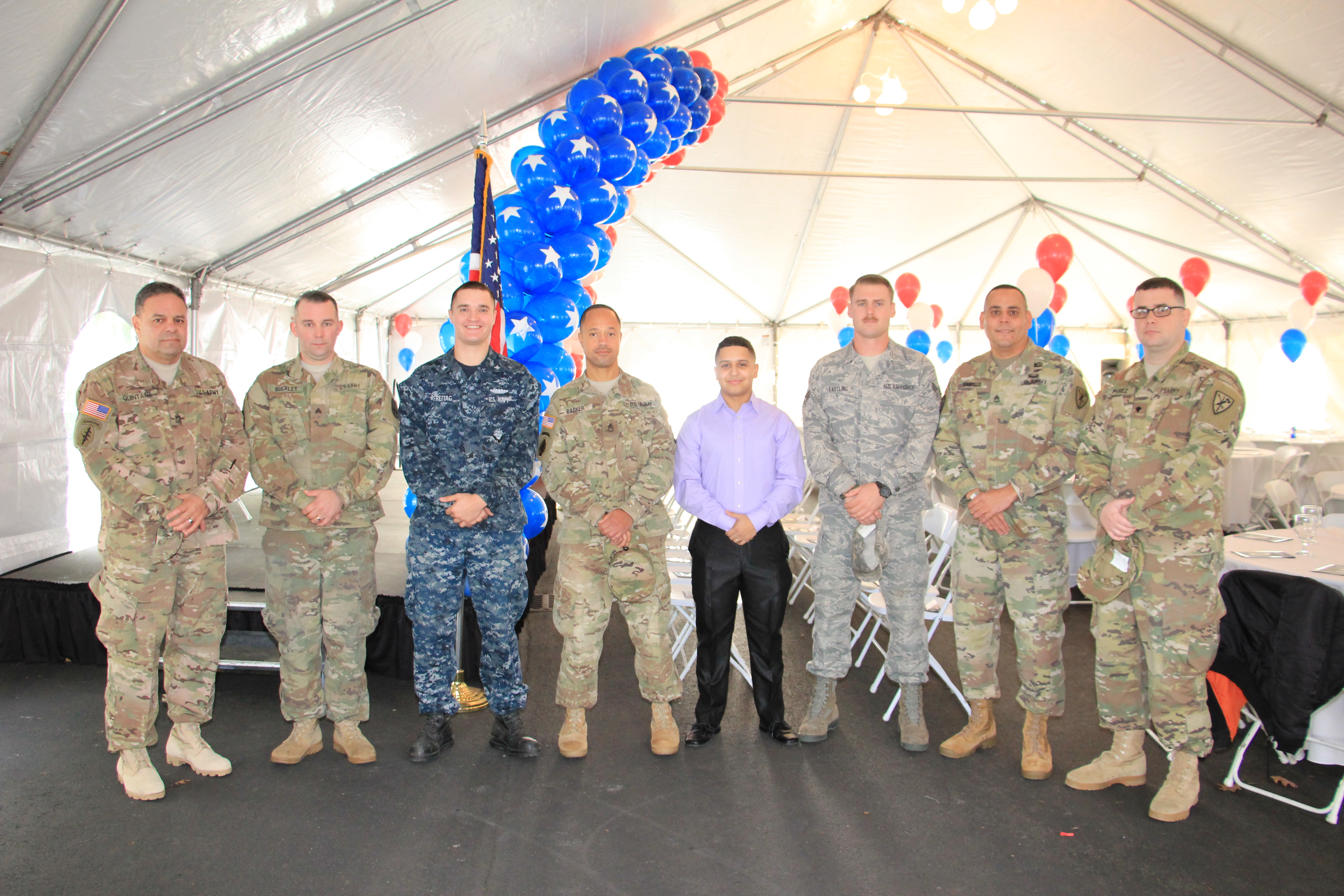 Being discharged from the military can be exciting, but the unknowns and uncertainties of civilian life can also be scary. Luckily for eight U.S. military soon-to-be-veterans, as well as many more to come, the unionized sheet metal industry has made easing that transition a top priority with the establishment of the SMART Heroes Program. On a crisp fall morning Oct. 3, dignitaries from across the United States gathered at the Western Washington Sheet Metal JATC DuPont Training Center to honor the program’s first graduating class.

Launched Aug. 15, the SMART Heroes Program was established to provide free sheet metal industry training to enlisted U.S. Military men and women who plan to enter civilian life within the year, thereby assisting in a successful transition into the civilian workforce.

“They deserve that opportunity, and we’re happy – fortunate – to be able to give it to them,” said Sandusky, who added that military veterans have many qualities any employer would be happy to have – a sentiment echoed by all of the program’s leaders. “We’ve got people who understand what it takes to get things done,” he said.

“Military veterans have the ideal qualities we look for in candidates for our apprenticeship programs — work ethic, maturity and discipline, to name a few,” Page said. “Their skills acquired during their time of service can easily be applied on the work site, and it is our honor to assist these U.S. heroes as they transition to civilian life.”

The ITI, which develops the curricula for 153 sheet metal training facilities across the United States and Canada, developed a training program specifically for veterans transitioning from service, and all training is focused on areas experiencing the greatest market demand: industrial/welding, architectural, testing, adjusting and balancing (TAB) and detailing.

“I don’t know a contractor out there who wouldn’t want your skills,” Lansdell told the graduates during the ceremony. “You’re going to be a leader of the pack.”

While seven of the graduates work out of McChord, Trey Freitag of the U.S. Navy drove 40 minutes from the Navy’s Bremerton base every day for a 6 a.m. start time.

“That’s the value he places on this,” said Gary Olson, career skills program administrator at JBLM.

During his speech at the ceremony itself, Sellers told the graduates, “It will be a great career for you, as it has been for me.”

“This program is probably the most excellent fit to one of the biggest industry problems we have: finding qualified workers,” Lansdell said.

“This is a model for our entire country,” said Habib, who noted how difficult it can be to get numerous organizations to work together, which can be confusing for veterans trying to navigate through it all as they transition to civilian life. “It gives me so much joy to see that happening here.”

Dammeier echoed Habib’s sentiments on the importance of partnerships.

“This is a significant partnership between labor and management, coming together to deliver not only for their industry, but also for you, and everybody who follows you, who has served our country well and now is looking to move onto that next phase of life,” he said to the graduates.

While still enrolled in (and, thus, paid by) their respective military branch, program participants complete a seven-week course to receive the equivalent of their first-year sheet metal apprentice training (224 hours).

“Thirteen months ago, this was just a vision,” Sellers said. “Now that vision is a reality.”

Not only is it a reality, but it’s moving full-steam ahead. Thanks to word of mouth, the next class, which will begin Oct. 17, is at capacity with 15 enrollees.

Upon discharge from service, these graduates may choose to enter any of the 150-plus SMART apprenticeship programs in the United States and be provided direct entry and advanced placement as a second-year sheet metal apprentice, including a high probability of obtaining second-year apprentice wages and benefits.

“Some [members of the military] have never interviewed for a job before,” Olson said. “Can you imagine the stress this takes off their shoulders?”

“We took that brick out of their backpack,” he said.

Nearly 250,000 service members transition out of the armed services every year. Many of these veterans have an interest in the building and construction trades and have registered with the Helmets to Hardhats program. It is the intent of the SMART Heroes Program to work closely and cooperatively with Helmets to Hardhats to ensure veterans have a broad selection of construction trades available to them if they complete the program and decide the sheet metal industry is or is not the correct fit. Therefore, the initial step for military personnel who are interested in the SMART Heroes Program is to first register with Helmets to Hardhats.