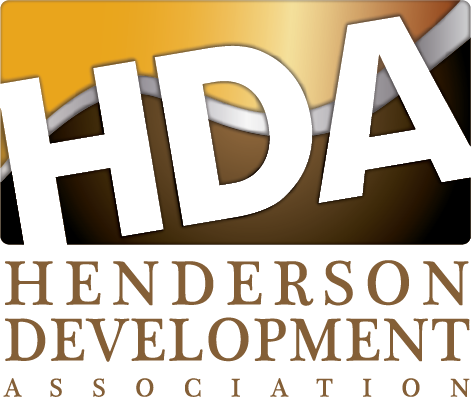 HENDERSON, Nev.  – The Henderson Development Association (HDA), the economic development arm of the Henderson Chamber of Commerce, will host a presentation and mixer, “The Story of the Raiders HQ Relocation – A Win For Henderson,” moderated by Raiders Team President Marc Badain and City of Henderson Mayor Debra March. The event will be from 5 to 7:30 p.m. Wednesday, May 2, at Henderson Commerce Center Commercial Way, located at 7355 Commercial Way, Unit 145 in Henderson.

Attendees will learn about the evolving local skyline and major investments in Henderson, namely the future home of the Raiders with its practice facility located directly in Henderson.

Check-in for the event begins at 5 p.m. with the presentation kicking off at 5:30 p.m. The HDA mixer will immediately follow the conclusion of the panel discussion and will include appetizers and a cash bar.

The event is free to attend for HAD members. For chamber members, guests of HAD members and Harsch tenants, cost is $25. A $10 fee will be charged for walk-ins and no-shows will be charged $25. The reservation/cancellation deadline is Friday, April 27.

The Henderson Development Association (HDA), the economic development arm of the Henderson Chamber of Commerce, focuses on growing the primary job base in Henderson by encouraging the attraction, retention, expansion and diversification of the business community. The HDA supports the efforts of the city of Henderson’s Economic Development Department, highlighting workforce development and retention by proactively identifying and servicing business clusters within the community.

For more information regarding this event, call the Henderson Chamber of Commerce at 702-565-8951 or visit www.hendersonchamber.com.