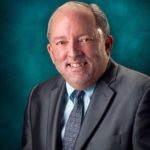 HENDERSON, Nev. – The Henderson Chamber of Commerce has hired Dan Schwarz as its vice president of operations.

In the position, Schwarz will report to the chamber’s president and CEO and support him in the day-to-day management and development of the organization and implementation of its strategic plan. He also will focus on improving the Henderson Chamber’s visibility in the region by attending and supporting internal and external events and functions and provide leadership in membership service and development; management of staff; and evaluation of organizational performance.

“The addition of a director of operations to our team speaks directly to the growth and success of our organization over the last few years,” said Scott Muelrath, president and CEO of the Henderson Chamber of Commerce. “Dan brings with him experience and an understanding of our community that will serve our members well and set us up for continued growth.”

With 36 years in the broadcast industry — more than 30 years in the Las Vegas Valley — Schwarz began his career in broadcast media while a student at the University of Maine at Orono as campus radio station WMEB-FM’s assistant news director. The Chicago native later transferred and received his bachelor’s degree in telecommunications from Indiana University in Bloomington, where he hosted a weekly campus radio show focused on university and community issues. During his undergraduate years, he came to Las Vegas as a summer production assistant/runner for Fox 5 (KVVU-TV) and later interned at the Washington bureau of Independent Network News in the nation’s capital covering White House and Capitol Hill news.

In the last 32 years, he returned to Nevada to serve Fox 5 in several roles including creative producer/director and account executive. He also worked as national, local and multimedia sales manager for KLAS-TV, Channel 8 in Las Vegas; as general manager for start-up FOX station KMTF-TV in Helena, Montana; and as sales manager at KLBJ-TV in Davenport, Iowa.

A graduate of the chamber’s 2011 Leadership Henderson program, Schwarz was involved in the coordination of the Nevada Broadcasters Association History project, and has assisted in annual fundraising initiatives for the Linda and Tony Bonnici Scholarship fund. He is a member of the Nevada Broadcasters Association Hall of Fame and also has held various board positions for HOPE for Prisoners, The Salvation Army, Nevada Child Seekers and the Better Business Bureau of Southern Nevada.