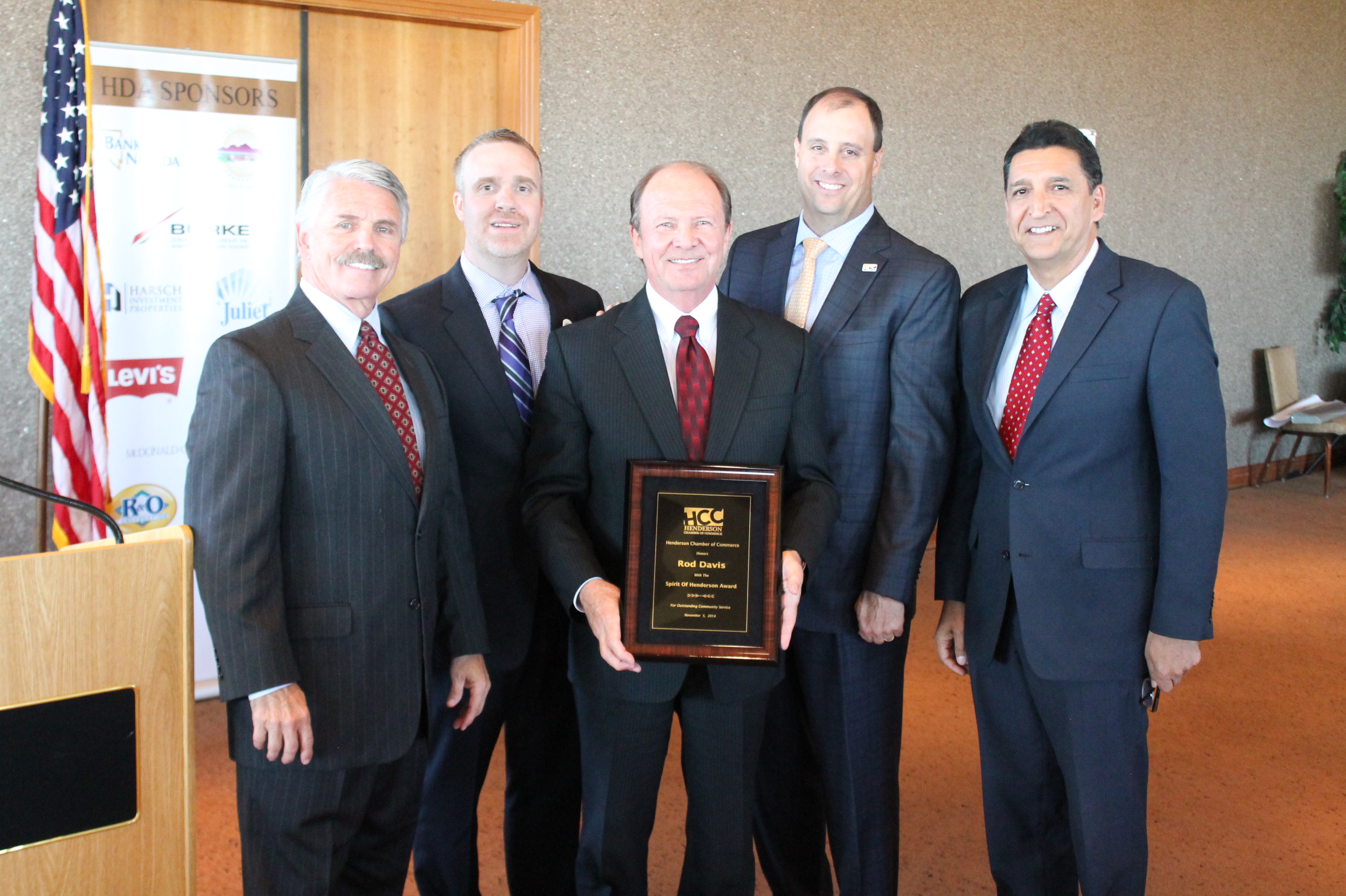 Recipients of the Spirit of Henderson Award are selected by the Henderson Chamber executive board. Past honorees include Bobby Ellis, president and chief executive officer of SNAP Towing, and Larry Seedig, former president of USAA Bank, both awarded in 2013.

Davis is a past president of the Henderson Chamber board of directors (2000) during which he was instrumental in forming Leadership Henderson. The program, now in its 15th year, develops and maintains a network of effective, civic-minded community leaders. Davis strongly supports the program by continually sending quality candidates to take part in it. Under his direction, St. Rose Dominican Hospitals has been a Leadership Henderson sponsor each year since its inception.

For more information regarding the breakfast, call the Henderson Chamber of Commerce at 702-565-8951 or visit hendersonchamber.com.