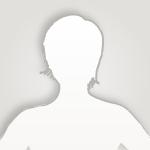 HENDERSON, Nev. – Galleria at Sunset and Shoptopia, a social shopping network, have launched a new competition in search for Henderson’s top fashion trendsetter.

Project: Style is a fashion competition for boys and girls who are 13 years old and older. From now through September, Galleria at Sunset – located at 1300 W. Sunset Road, just off the I-95 – will select two trendsetters per round during a five-round contest in order to put these local trendsetters’ sense of style and fashion to the test. Each participant will be judged based on the outfit they assemble for the competition using fashions they find within the walls of the Galleria at Sunset.

“People love to showcase their own style and creativity,” said Vicki Rousseau, director of promotions for Shoptopia. ‘Through Shoptopia, they have a vehicle to express themselves and win recognition for their style and talent. The sky is the limit and hopefully we will see future designers and style experts compete.”

The Galleria at Sunset has selected its first pair of trendsetters, who entered to be chosen online through the Galleria at Sunset’s Shoptopia page, and the participants must have their outfit ready for judging by Monday, May 31. On Tuesday, June 1, online voting begins and will run through June 15. The next pair of trendsetters will be chosen by June 17.

Each of the selected trendsetters will be given a $150 Galleria at Sunset gift card in order to create a stylish outfit that represents their personal sense of style and creativity. All items included in the ensemble must be purchased from the Galleria at Sunset’s retailers with the exception of one personal item that can come from the contestant’s own closet.

“This competition is a unique opportunity for the young people in our community to showcase their personal creativity and sense of style,” said Heather Valera, director of marketing for the Galleria at Sunset. “We’re excited to see the variety of outfits that are created.”

People who are interested in entering the contest can visit www.galleriaatsunset.shoptopia.com and click on “Project: Style” to enter. Each entrant must upload a photo to their Shoptopia profile that showcases their style in order to be considered.

The trendsetter with the most votes from each round will move on to the Project: Style Live Style-off event in October. One winner will be named Henderson’s Top Trendsetter and receive a grand prize of $1,000.

Henderson’s trendsetter contest is part of a national competition hosted by Shoptopia and various malls around the country including locations in California, Illinois, Pennsylvania, New York, Colorado, Florida and others.

The Galleria at Sunset opened in 1996 and is anchored by Macy’s, JCPenney, Dillard’s, Kohl’s and Dick’s Sporting Goods. It features premiere retailers such as Coach, bebe, Build-A-Bear Workshop, Gymboree, Buckle, Abercrombie & Fitch, Victoria’s Secret, Brookstone and more and is also home to the Galleria Library. Owned and operated by Forest City Enterprises, the 1,051,000-square-foot complex is the only enclosed mall in Henderson – one of the fastest growing cities in the United States. In addition to retail, the Galleria at Sunset boasts two full service and 12 fast food restaurants.

For more information on the Galleria at Sunset visit www.galleriaatsunset.com or contact the mall’s information center at 702-434-0202.