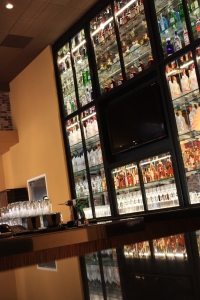 Balboa Pizza and the newest member, Presidio – are all located in The District and provide that convenient, 24-hour atmosphere Henderson residents desire to catch the game or a late night snack or sip on a cocktail as the sun goes down – or when it’s coming up.

“The District is a great hotspot for locals during ‘business hours,’ but, until recently, it didn’t offer that nightlife people are looking for,” Kaufman said. “People in Henderson want a night and evening hotspot close to home, and we’re giving them that.”

Kaufman’s gaming background has allowed the District Tavern Group to truly understand the value of local players, and Kaufman makes it a top priority for the company’s three restaurants to all offer a fair game and friendly comp guidelines.

Presidio (formerly Kennedy’s) is the newest edition to District Tavern Group and is set for its public grand opening at 8 p.m. Saturday, Dec. 4. The event will include live music, complimentary appetizers, happy hour food and drink specials and two-for-one Orange O signature cocktails. 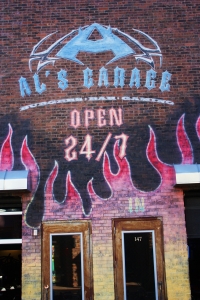 Located next door to Al’s Garage, Presidio has been enjoying its soft opening in recent weeks but is ready to bring the breeziness of San Francisco to the desert with a mix of light and hearty California fare, signature Orange O cocktails and an atmosphere suitable for a quiet dinner on the patio or watching the game with friends. Presidio offers an outdoor patio with fire pits, daily happy hour specials, game-day events, after-hours convenience and customer service with a slant towards California-style casual gourmet dining.

Kaufman saw the opening of Presidio as an opportunity to invest in the place he calls home.

“We understand that this is a down economy and there are many struggles in our industry. We are not immune to any of these issues; however we are locals who want to invest in our neighborhoods,” Kaufman said. “We want to give an opportunity to the local workforce as well as provide an affordable place to enjoy friends and family. We look at the opening of Presidio as a long-term addition to the economy and marketplace.”