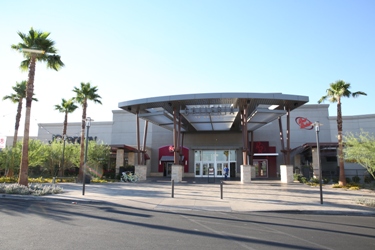 HENDERSON, Nev. – To encourage the public to recycle their pumpkins rather than throw them away, the Galleria at Sunset will host Chuck-a-Pumpkin from 10 a.m. to 4 p.m. Saturday, Nov. 5 at the mall, located at 1300 West Sunset Road. The event will take place in the south parking lot.

Attendees, who can also enjoy music and face painting as part of the festivities, can chuck their own pumpkins or purchase a pumpkin to chuck for $1.

Chuck-a-Pumpkin is an event created by Rachel Lewison, recycling coordinator for the Division of Environmental Protection, and Tara Pike, UNLV’s sustainability director as well as co-chair of the Southern Nevada Christmas Tree Recycling Committee in Las Vegas, which has chosen to broaden its focus to include pumpkins.

In addition to fun, the goal of the event is to rescue un-sold pumpkins from retailers who sell them, including all grocery stores, as well as carved or un-carved pumpkins from the community.

East Career and Technical Academy high school will build wood catapults to launch the pumpkins into the air. After the event, the pumpkins will be composted by Terra Firma Organics.

About Galleria at Sunset
The Galleria at Sunset opened in 1996 and is anchored by Macy’s, JCPenney, Dillard’s, Kohl’s and Dick’s Sporting Goods. It features retailers such as H&M, bebe, Buckle, Forever 21, Abercrombie & Fitch, Victoria’s Secret, Larsen’s Grill, Bravo! Cucina Italiana, Red Robin, World of Beers, and more. The 1,081,000-square-foot regional shopping center is the only enclosed mall in Henderson and one of the largest in Southern Nevada. In addition to retail, the Galleria at Sunset boasts six full-service restaurants and 11 fast food restaurants.

Galleria at Sunset is open Monday through Saturday, 10 a.m. to 9 p.m., and Sunday, 11 a.m. to 6 p.m. For more information, call 702-434-0202 or visit galleriaatsunset.com for a full list of tenants. Keep up with the latest Galleria at Sunset information via Facebook, Twitter and Instagram.