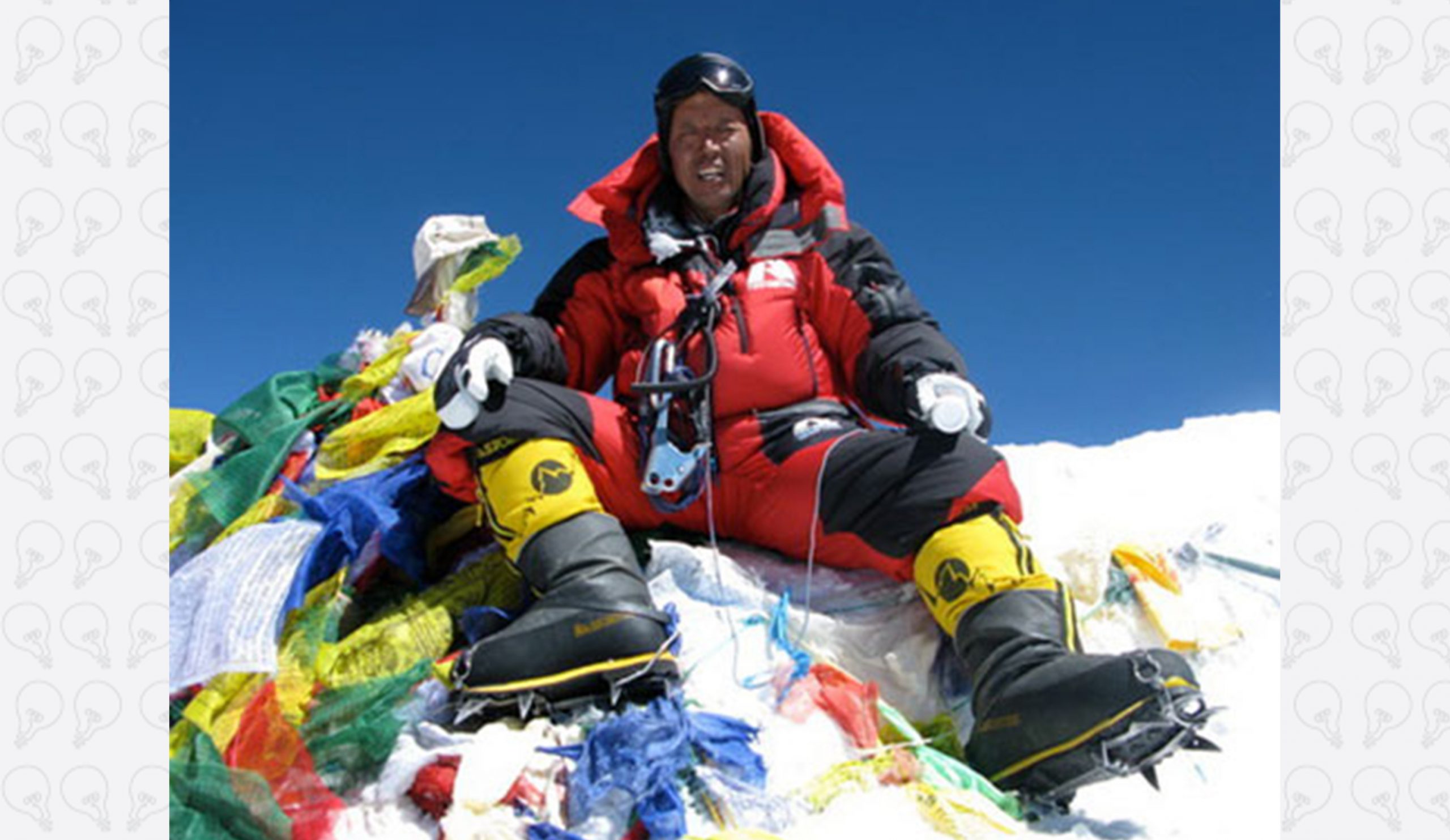 Riveting speaker focuses attention on education, opportunities for his people

“Sherpa,” the native Himalayan ethnic group that shares his last name, live on the borders of Nepal and Tibet and are known for their skills in mountaineering. While serving international adventure tourists in what often appears to be a support role, the Sherpa guides of Nepal are unparalleled models of true leadership. Perhaps the most exceptional and renowned among them is Apa Sherpa, who holds 13 world records for summiting Mount Everest.

In his captivating keynote address, “A 30,000-Foot View of Leadership,” Sherpa shares his unique perspective on leadership, gained from his 25 years of leading expeditions and his 21 ascents of the world’s highest peak, four of those without the use of supplemental oxygen. Using stunning images and gripping anecdotes from his many climbs, Sherpa is able to breathe new life into the concepts surrounding leadership — on being mission-focused, on risk-taking and decision-making, on logistics and teamwork, on sacrifice and setbacks, and, of course, on victory.

Adhering to a simple philosophy that “Everest will always be there,” and it is more important to keep all team members safe, Sherpa has led his teams to amazing success.

A Climate-for-Life ambassador, Apa Sherpa has been the recipient of World Wildlife Foundation’s prestigious “Leaders for a Living Planet” award. In 2010, he formed the Apa Sherpa Foundation, to assist with education projects and schools in the Khumbu Valley of Nepal, which has the mission to empower individuals throughout the world to follow his example in overcoming adversity. Without an education, becoming a guide is the only lucrative means of survival for members of his native village.

“Without an education,” Sherpa said, “we have no choice.”

Since 1973, Bruce Merrin’s Celebrity Speakers Bureau has provided corporate meeting and event planners with worldwide booking services for an elite clientele, ranging from Jackie Robinson and Muhammad Ali to every U.S. President beginning with Ronald Reagan.