Funds from bike ride to go to charities that deal with trauma, suicide prevention

Renee Jean was on a road trip with her husband when a stop in Seligman, Arizona, gave her an idea — a bike ride on Route 66 to raise funds for various charities and specifically those organizations that help people who suffer from post-traumatic stress disorder and work to prevent suicides. 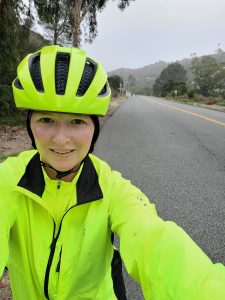 Ride 22 on 66 is set to begin Sept. 22 in Grant Park in Chicago and wrap in Santa Monica, California, on Oct. 13. During the trip, Jean will ride through parts of Illinois, Missouri, Kansas, Oklahoma, Texas, New Mexico, Arizona and California, logging from 29 to 145 miles between stops, for a total of 2,343 miles. The route is made up of bike trails and safe routes along several sections of Route 66 still in existence, including charming roadside stops such as the one that sparked the idea in Seligman.

Jean’s goal is to raise $11,000 in sponsorships and donations, $2,200 for each of the following charities: the National Coalition Against Domestic Violence (NCADV), the Rape, Abuse and Incest National Network (RAINN), the National Suicide Prevention Lifeline, The Code Green Campaign, which attended to first responders in the aftermath of the Oct. 1 shooting, and Mission 22, which was founded by veterans for veterans. Jean’s husband is a Marine Corps veteran.

The charities speak to causes that Jean has embraced in her writing over the years — in addition to a nonfiction collection of stories witnessed on the casino floor (“Just Deal With It”), she has written five novels that explore traumas ranging from abuse to a car accident to combat.

She currently has a GoFundMe account set up at: https://gofund.me/f50777ea. No matter how much is raised, she plans to divide the final amount evenly among the chosen charities, she said.

“I love Americana, history, the charity work and bicycling, which is therapy for me,” she said. “And PTSD awareness is near and dear to my heart. This combines a lot of my passions.”

Jean began riding her bike as a way to cope with her own trauma. It also helps her connect with and remember her father — her first charity bike ride was on his 60th birthday and Ride 22 on 66 will begin on what would have been his 70th birthday.

“When my dad passed away, I wanted to do something in his name,” Jean said. “I came across the finish line nine hours after I started. I was exhausted. I hurt everywhere, and I was so happy. I did something good in his name, and I raised money for a good cause. It was a way to finally follow through with something and pay tribute to my dad.”

In months leading up to the ride’s start, Jean is busy working her full-time job as she trains with an indoor trainer and bikes outside during long-ride events.

“Twenty-three hundred miles is terrifying,” she said. “It’s exciting. I’m trying to think of it as 22 days of century-long adventures.”

Jean also said there is no backing down: “If there is energy in my body and a dollar in my bank account, I’m doing it,” she said.

For additional information on Ride 22 on 66, or to donate to the event, visit the website at www.writingforces.com/ride-22-on-66.