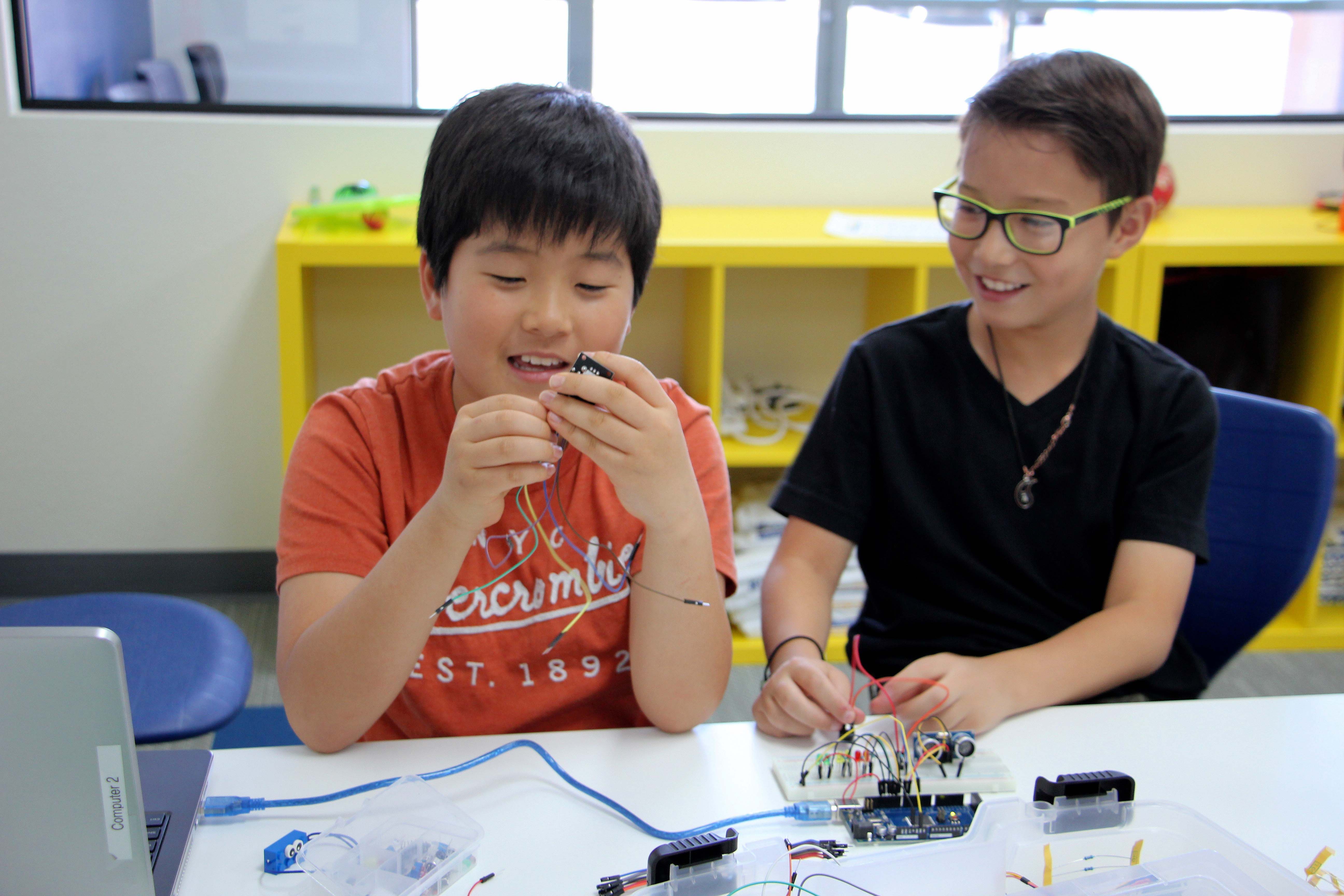 Code Central teaches youth coding, programming as well as lifelong skills such as problem-solving, not giving up

HENDERSON, Nev. – Oftentimes, the best ideas are born of necessity. Eric Mendelsohn, 53, was looking for a new career path that would incorporate his passion for education and helping others. Brian Mendelsohn, a 49-year-old business executive who had previously founded a couple tech companies in the Dot-com heyday, wanted to help his brother find that path that would be fulfilling. Both brothers – Eric in Las Vegas and Brian in Silicon Valley, California – decided to start a business together. But what business?

Eric has more than 25 years of experience in teaching and education management, while Brian has been heavily involved in education from a philanthropic and volunteer perspective. Around that same time, much had been in Silicon Valley’s news about the need for more programmers and coders. One day, in 2014, Facebook founder Mark Zuckerberg showed up at Brian’s daughter’s school, where he talked about coding for kids. At the time, online resources for teaching kids how to code were beginning to show up, but no physical centers teaching coding existed. Everything clicked.

The brothers began putting plans in place to create a “brick-and-mortar” center where youth could learn to code. They set out to build a great team and recruited top people, including several female advisors, which is still uncommon in the tech world. The advisors included Claire Shorall, who runs the Oakland Unified School District’s Information Technology Services and Cindi Chang, who is heading the State Board of Education’s 27-person writing team for Nevada’s K-12 computer science standards.

In March 2017, Code Central opened its doors in Henderson, Nevada, as an after-school tech center for youth – the first of its kind in Nevada. Local families welcomed it with open arms.

“Code Central is an enrichment program,” Brian Mendelsohn said. “We wanted to create a place where youth could come to learn in an engaging and supportive environment. Coding is not easy. Previously, most people learned to code from the internet, and while that works for some, that’s not the best method for others.”

He added, “The research shows that coding can be great for kids. It’s not just about the hard skills. We’re not trying to create a whole town full of coders. It’s problem solving skills, team work, and the ability to understand how technology creation really works.”

“We’re exposing kids to programming at an early age – showing them the possibilities to explore and learn the role programming plays in technology,” he said. “We’re also giving them a structured and supervised environment, providing the technology and instructors to enable them to learn more effectively.”

“Even if you’re not coding yourself, chances are there’s some component of your job that requires an understanding of coding,” Eric Mendelsohn said. “There are many additional benefits as well, including development of skills such as critical thinking, problem solving, math, typing and language development. They also learn how to think like a programmer, which includes overcoming obstacles, figuring out bugs, looking for creative solutions, and not giving up.”

Code Central was created to allow for flexibility in the technology and ability to bring in any learning tools appropriate to the times. Their instructors are college students and recent college grads, who are experienced working with kids and have their fingers on the pulse of what’s going on in the industry.

The brothers’ enthusiasm for what they’re doing is contagious. The center’s enrollment numbers are exceeding expectations, due in large part to word of mouth as well as their involvement with the community. In an attempt to get more girls coding, they created a partnership with the Girls Scouts of Southern Nevada’s STEAM program and recently hosted a group of Girl Scouts on Sept. 25; they will work with them again Oct. 9 at the Southern Nevada Girl Scout Council Office and Oct. 21 at Code Central. Additionally, the school conducts Family Code Nights at area schools (coming up are Vanderburg Elementary Oct. 16 and Wallin Elementary Oct. 24) and is now offering after-school coding classes at a couple Henderson schools.

Over the summer, Code Central partnered with the Southern Nevada Cybersecurity Alliance to provide two scholarships for their summer camps and, on their own, provided two additional scholarships for existing members.

“The more involved we are in the community, the more excited we are,” Eric Mendelsohn said. “We want to get coding into the hands of as many kids as possible.”

Already, they are looking at opening a second location on the west side of the valley.

Some of the technologies Code Central uses for beginners and advanced coders include: Code.org, Code Combat, Codecademy, Lego Mindstorms, Arduino and more. Additionally, the school introduces kids to a wide variety of programming languages, including C#, Javascript, and beginning robotics kit, Dash & Dot.