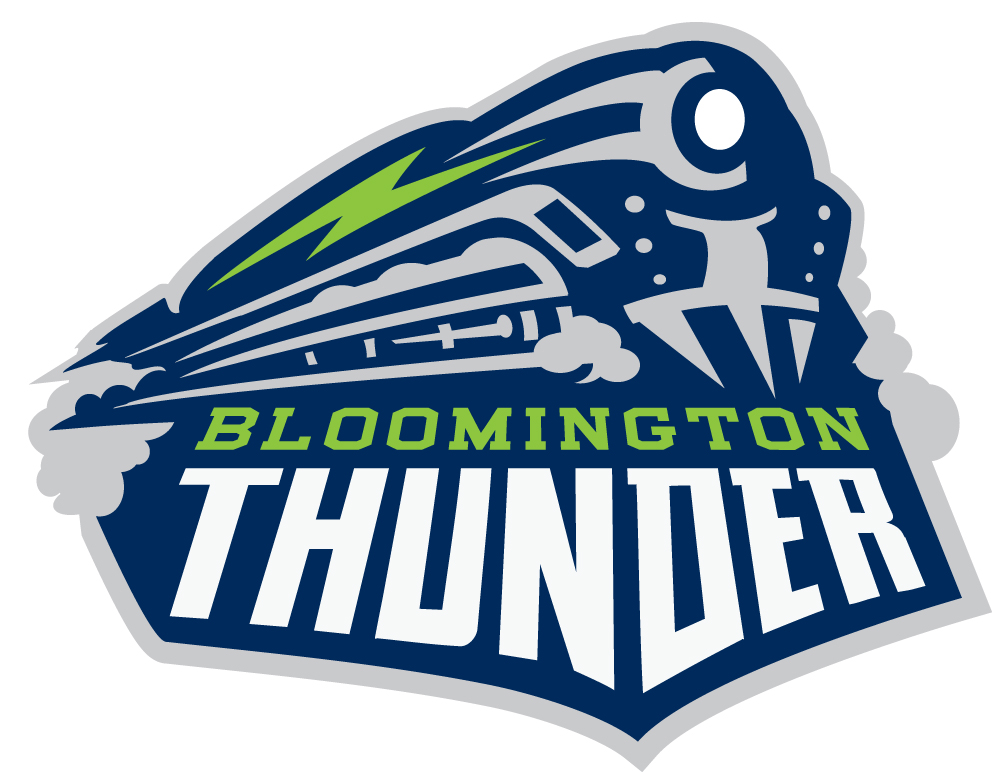 BLOOMINGTON, Ill. – Coming up on its sophomore season, the Bloomington Thunder is set to improve on its winning record of 29-24-7(the second in Bloomington hockey history). As a Tier 1 junior hockey team in the United States Hockey League, training outstanding players on the cusp of the NHL draft and on collegiate rosters across the country isn’t news. In the classroom, these players are just as talented as they are on the ice.

“Ninety-five percent of the players from this league go on to full scholarships with Division I teams,” said Kurt Silcott, vice president and general manager for the team. “These players are the best players of their age in the U.S. That’s why you see 18- and 19-year-olds playing in the NHL, because they’re receiving that training. They’re coming through us to college and ready to play in the NHL. The level of our coaches, our games, the rigorous schedule – the players are getting themselves ready for college and the NHL when that day comes.”

The day is coming sooner for some than others. Former defenseman Nikolas Koberstein, 19, committed to the University of Alaska Fairbanks, but also was selected by the Montreal Canadiens in the fifth round (125th overall) of the 2014 NHL Draft.

Forward Vladislav Dzhioshvili, 17, was born in Moscow, Russia and has been playing hockey in the United States – thousands of miles from his family – for the last three years. He recently committed to Cornell University and was drafted in the Kontinental Hockey League (KHL), the Russian equivalent to the NHL. With another good season, he could be drafted into the NHL in 2015, said Brian Tosti, broadcaster and public relations coordinator for the team.

Just because some of the players are in high school doesn’t mean this is high school hockey. Rather, each player is considered a student athlete taking high school or collegiate classes. The athletes are training to become professional players, while also preparing for their degree, and they all play at a level that is seldom seen in any high school athlete of any sport.

Imagine all the trials, tribulations and academics of high school – let alone the pressure associated with getting into a good college – and combine it with a rigorous practice schedule, conditioning, skills, games and living away from home. Bloomington Thunder players live with host families – or “billets” – while they concentrate on their careers.

Like foreign exchange students, families host players and make sure they get what they need while they’re in school and playing for the team.

“There are guys in the NHL now who stay in contact with their host families,” Tosti said. “You create a lasting relationship with the people you live with.”

Creating a family atmosphere is important to the team and its members, and the community is a part of that goal. During its inaugural season, the team raised more than $20,000 in funds and products for organizations such as Susan G. Komen for the Cure; the United Way; Toys for Tots; Wounded Warrior Project; Movember, which includes various men’s health research and funding organizations; he Muscular Dystrophy Association; Special Olympics of Illinois; and Easter Seals. Organizations already planned for next year are Children’s Discovery Museum in Normal, Ill. and the National Wild Turkey Federation, among others.

Like families, fans can get in on the ground floor with these players and watch them succeed through the ranks. The Thunder play at the U.S. Cellular Coliseum as a tenant, without affiliation, and are able to bring a high level of sports entertainment to the area, Silcott said.

“Fans are supporting these kids and supporting the hockey team,” he added. “People who come love it. We just need more people to come and bring their friends.”

“It’s the best hockey we’ve ever had here,” Tosti added. “To go from ‘they’re just 16- to 20-year-olds’ to the ‘wow’ factor only takes one visit. We challenge people to come watch one game.”

A member of the United States Hockey League (USHL), the Bloomington Thunder hockey program began in 2014 and will celebrate its sophomore season beginning with preseason games in September and the official regular season start on Friday, Sept. 25. The schedule will run parallel to the NHL season through April with playoffs in May.

The team’s first home preseason game at 7 p.m. Wednesday, Sept. 9, against the Muskegon Lumberjacks is free and open to the public. The event will have a limited game presentation, but it will feature a free post-game skate with the team.

Those interested can call the Bloomington Thunder office at 309-434-2980 or visit Bloomingtonthunder.com.