Story inspired by the idea: ‘While you’re judging the homeless vet, what if he’s judging you back? What if he doesn’t like who he sees?’ 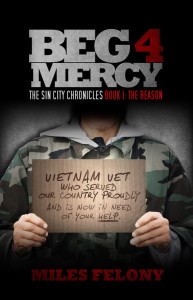 LAS VEGAS – When most people see someone begging at the side of the street, their first thought is often some version of “Get a job,” and rarely do their thoughts of that homeless person linger further than the street corner.

But for author Greg Allen, writing as Miles Felony, his curiosity in 2003 about a local homeless man did linger – past that street corner and past that day.

Felony was working as a painter on a two-week job. Every day on his way home from work, he interacted with a homeless man who was begging at the side of the road.

“Sometimes we would talk, sometimes I would give him money if I had it,” he said. “Then one day I was having a terrible day at work, and I was in a negative mood, and I began judging him, thinking, ‘This guy is always out here. Why doesn’t he just use this time to get a job? Then he wouldn’t have to rely on us.’ Then what I was doing hit me like a ton of bricks. … Never judge a man until you’ve walked in his shoes.”

Already looking for inspiration for a story to tell, he knew right away that that would be his story. With a twist, of course.

A fictional tale, “Beg4Mercy” tells the story of the Bible-quoting Charlie Doyle, a homeless Vietnam vet who turns murderous. Through his writing, Felony aims to not only entertain, but to also shine a light on homelessness, how society treats its veteran population, and mental illness (specifically bipolar disorder and PTSD). 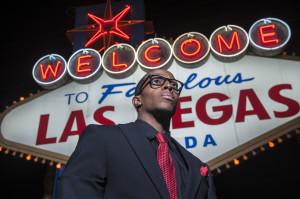 Indie published by Felony, the book is available in paperback ($19.99) and for Kindle ($2.99) and can be purchased via www.milesfelony.com and amazon.com.

Review copies of the book are also available.