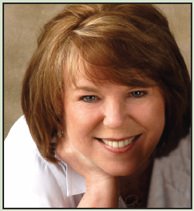 HENDERSON, Nev. – Henderson Libraries’ next Carr Chat with Robyn Carr will feature special guest Brenda Novak, bestselling author of several book series, including “Whiskey Creek,” “Bulletproof” and “The Last Stand” as well as “The Stillwater Trilogy” and numerous other romance and historical titles. The event will take place at noon Friday, May 9, in the Paseo Verde Library reading room, 280 S. Green Valley Parkway, near the 215 Beltway. The event is free and open to the public.

An ongoing series, Carr Chat has welcomed authors from around the United States to Henderson’s libraries. Carr, a New York Times bestselling author, leads the intimate chats, which include personal interviews combined with audience participation.

Carr has lead the series with Henderson Libraries since 2007 and has interviewed many notable authors such as Mitch Albom and Debbie Macomber.

For additional information on Carr, visit robyncarr.com. Those interested in the Carr Chat series, or the event with Brenda Novak, can visit mypubliclibrary.com or call 702-492-6581.