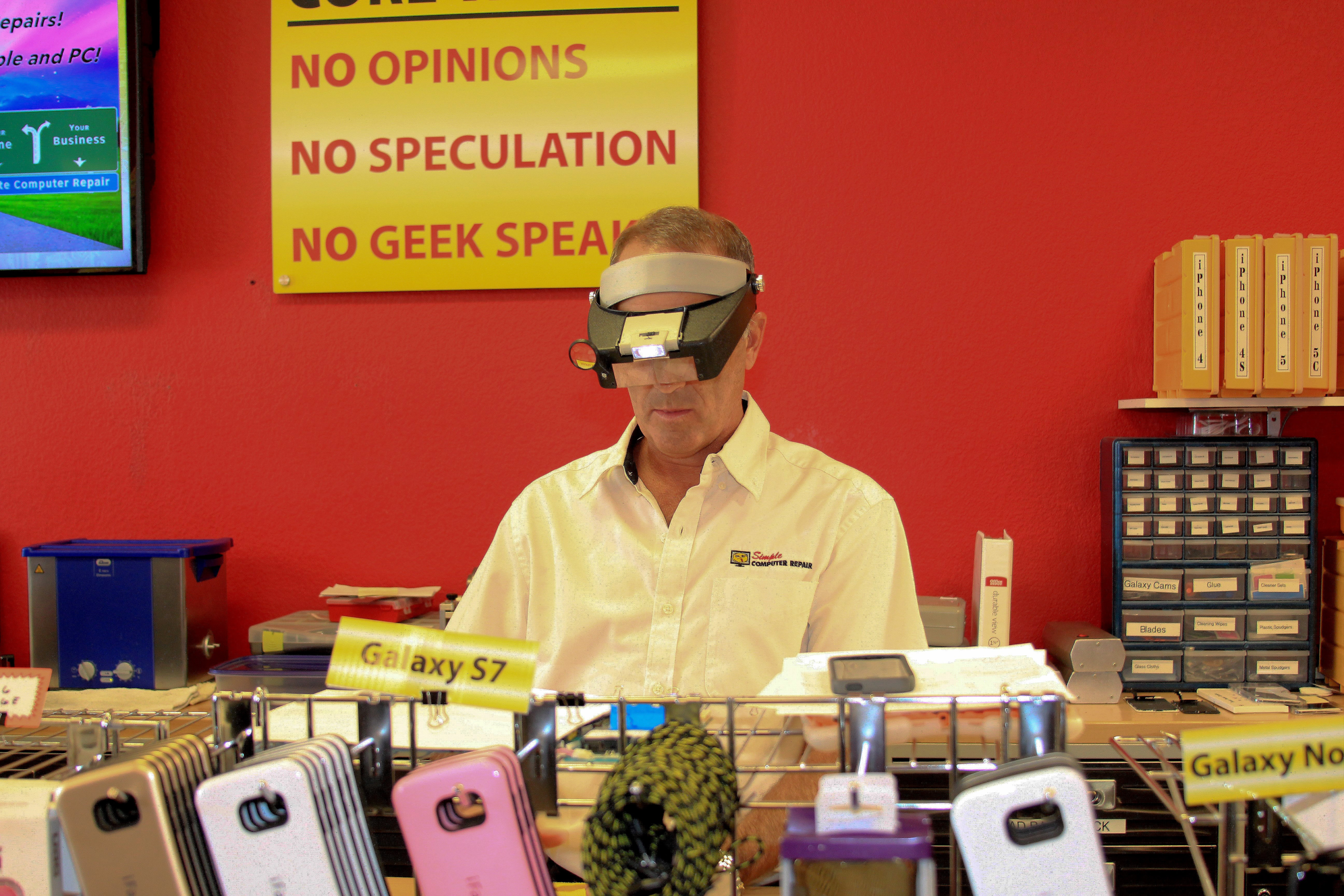 Computer, device repair store to be first in Colorado

To celebrate its grand opening, Simple Computer Repair Monument will host a grand opening celebration with food, games, free giveaways and more Sept. 17. At noon, a ribbon cutting will kick off festivities, which will last until closing, at 6 p.m.

The store’s regular business hours will be from 10 a.m. to 6 p.m. Monday through Saturday.

When Metzger retired from the U.S. Army as a lieutenant colonel after 28 years of service three years ago (2013), he wasn’t entirely sure what his next step would be. After returning from his station in Germany, he spent the past three years as a stay-at-home dad. But with his children now 12 and 16, he knew it was time to discover what his next chapter would be. He attended a franchise seminar at the Air Force Academy, and the presentation piqued his interest.

Metzger pursued the idea of purchasing a franchise, and Simple Computer Repair was No. 1 on the list of four possibilities FranNet (which pairs franchise opportunities with potential franchisees) suggested as a good fit. Metzger has a bachelor’s degree in electrical engineering, has long been interested in electronics and has spent much time building computers. Furthermore, the direct one-on-one access he would have to SCR’s founder, Jim Brock, appealed to him.

“I’ve been an operations officer nearly my entire Army career,” he said. “But I don’t know business.”

Since partnering, Brock has served as a mentor to Metzger, committed to ensuring his franchise location is successful.

As part of his training, Metzger spent a week at Brock’s flagship location in Henderson, Nevada, where Brock paired him with different employees, learning various repair skills and filling in any knowledge gaps.

“The Simple Computer Repair formula is great,” he said, adding that Brock calls him two to three times a week to check in and is always available to talk him through any challenges he’s encountering.

After the crushing responsibility and regimens of the Army, Metzger said he’s looking forward to spending his days with his customers. He also plans to teach pro bono classes in the community and revive a non-profit related to the company.

A graduate of the University of Missouri, Rolla (now the Missouri University of Science and Technology), Metzger speaks four languages — English, German, Slovak and Italian. His wife, Sylvia, is a nurse at St. Francis Hospital and a clinical nurse instructor at the University of Colorado Colorado Springs. His son is helping him build out his store and his daughter will serve as the business’ cashier.

Simple Computer Repair was established in Henderson, Nevada in 2008 to fill a void in the marketplace – to provide the community with a neighborhood computer repair store dedicated to three principles: no speculation (no guessing what the problem might be), no opinions (keep it simple) and no geek speak (explain the process in layman’s terms). The company’s offerings expanded to include repairing game consoles; all Apple devices (iPods, iPhones and iPads) and Samsung Galaxy phones; and home automation setup.

Simple Computer Repair provides free diagnoses (no repair, no charge); charges a flat rate (plus parts if necessary) for repairs; and offers house calls (scheduled with a time, not a window) to homes and businesses. Also, all in-store work is done at the work table in the center of the store for transparency and to decrease potential customer privacy concerns.