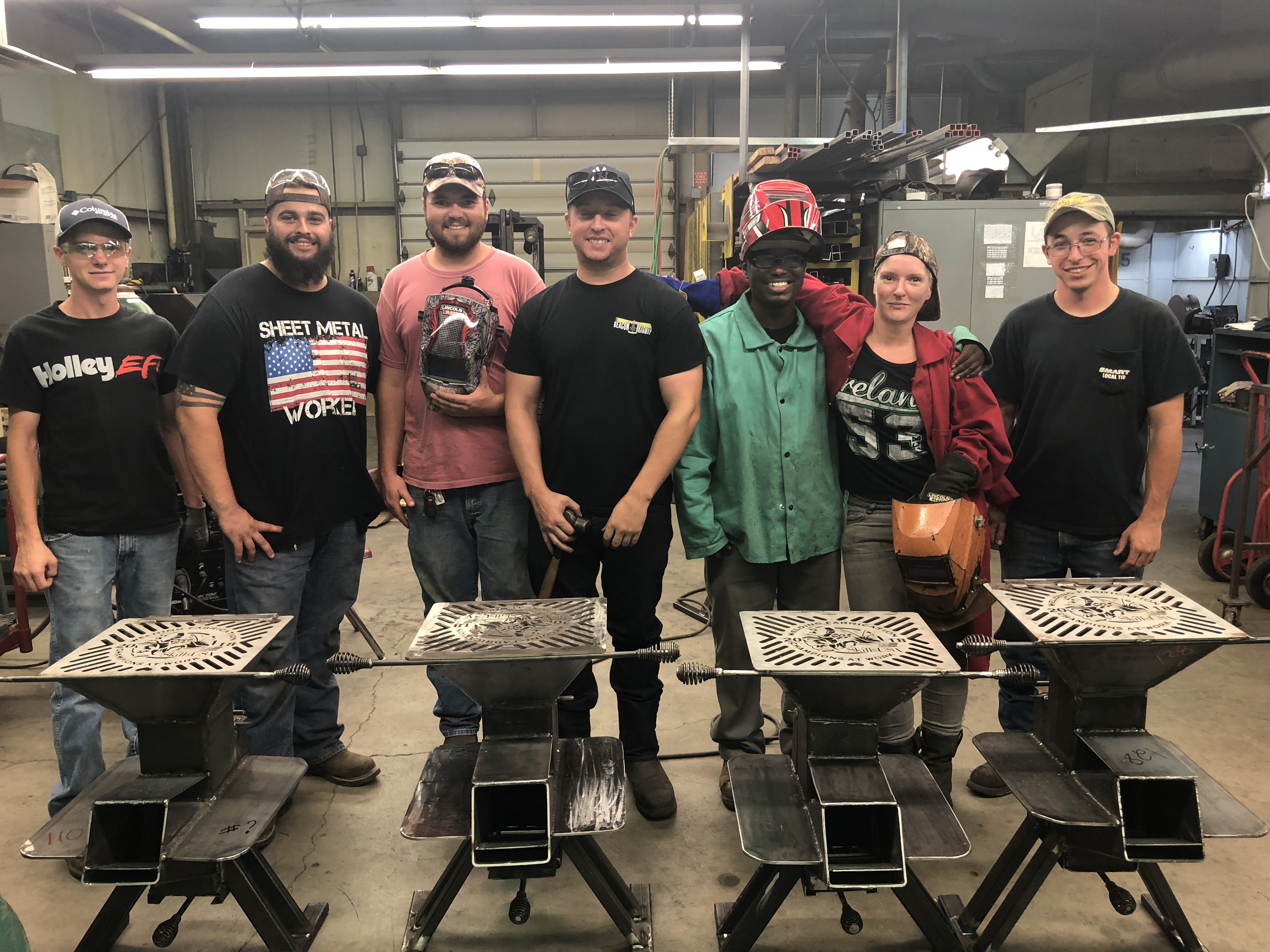 Apprentices do their part to provide clean water around the world

Although many Americans drink safe, clean water every day, many people around the world do not. During this summer’s national Skills USA competition, Sheet Metal Workers Local 110 apprentices had the opportunity to use their skills to play their part in delivering clean water around the world.

Dan Quiter III, a technical trainer at The Raymond Corporation, served as the contest chairperson for the team fabrication competition, and he was contacted by Skills USA to work on a project during the competition that could either be repurposed in the Louisville, Kentucky area, where the competition was held, or be used by a local nonprofit. Quiter decided on rocket stoves as the project, and Water Step, a local nonprofit that works to get clean water to places worldwide that don’t have access, as the beneficiary.

Made out of steel, the rocket stoves give families a safer way to prepare food, boil water and use less fuel.

During the competition, many contestants didn’t have time to finish their stoves. Quiter reached out to International Training Institute (ITI) field staff, who put Water Step into contact with Local 110, which jumped at the chance to have apprentices finish the rocket stoves as a project under SMART Army, the union’s movement to give back to communities across the country. The ITI is the education arm of the unionized sheet metal, air conditioning and welding industry and also is a link between the training centers and SMART, the International Association of Sheet Metal Air, Rail and Transportation Workers (formerly the Sheet Metal Workers’ International Association).

“Everyone put time in on it,” he added. “Projects like this, experiences like this allow apprentices to do some welding that actually means something. Anytime they can do something to help people out, they enjoy it.”

Michael Hughes, training coordinator at Local 110, thought the project would be a good learning experience as well. It broadened some horizons, allowing apprentices who work on one specialty of sheet metal during their work day to practice skills outside their comfort zones.

“This has more meaning, so they took special care with it,” Hughes said. “They knew it was going to a good cause.”

Water Step, which also collects shoes for those in other countries who don’t have them, is currently seeking transport for the rocket stoves to underserved areas around the globe. At 75 pounds each, it’s a challenge, but one they’re willing to take on, said Mark Hogg, CEO and president of Water Step.

When the donation to Water Step was proposed, contestants who participated from around the country agreed to have their projects donated to the cause. When the apprentices helped finish the stoves and ready them for donation, they didn’t just fulfill the dreams of Water Step, they made sure the contestants’ goals were reached as well, Hogg said.

“In prior years, they would scrap the projects or take them home, so this is a unique opportunity,” he added. “There would have been no other options. Those guys saved the day. Everyone got to make a difference in a life.”

Those interested in Water Step, or the rocket stoves project, can visit the organization’s website at https://waterstep.org.