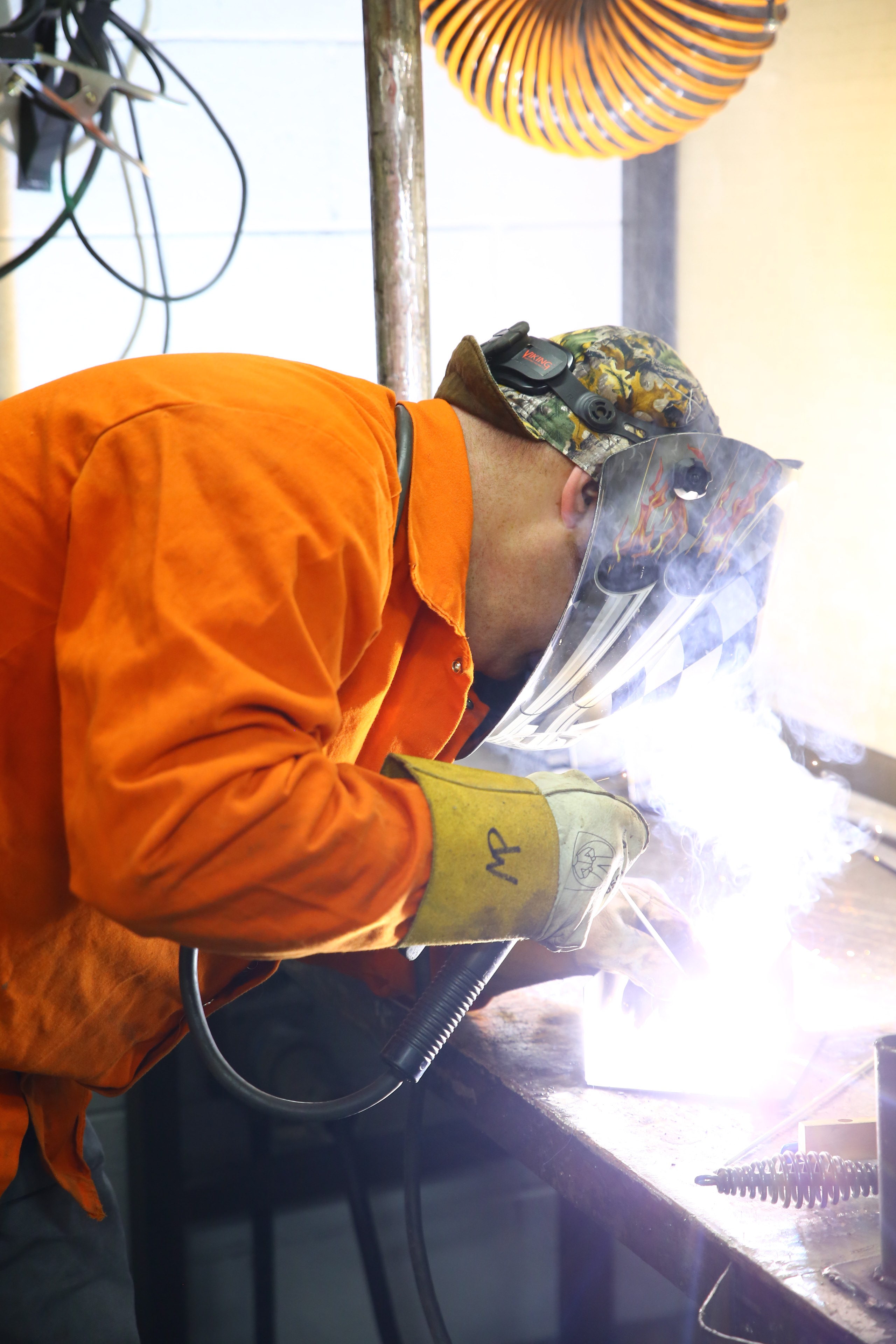 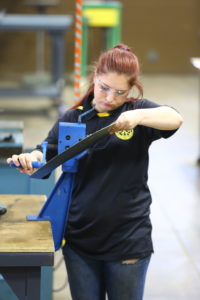 Makenzie Cromer, a second-year apprentice from Local No. 27, Central and Southern New Jersey, completed a shop project as part of the Region 2 contest.

The snow may have been falling in Pittsburgh March 10-11, but it didn’t stop apprentices from Maryland, Delaware, New Jersey, West Virginia, Pennsylvania and District of Columbia from participating in the second year of the reincarnation of the Region 2 Apprentice Contest, hosted by Sheet Metal Workers Local No. 12.

After a seven-year hiatus, the contest returned last year to Local No. 19 in Philadelphia for the first year of competition.

Although the apprentices were given study guides to help them prepare for the contest, no one knew what projects or questions were chosen by the contest committee until they arrived.

“This way, everyone has a fair opportunity to be prepared,” said Fred Olita, training coordinator for Local No. 27 in Farmingdale, New Jersey. “They compete on craftsmanship and knowledge.”

Apprentices studied on their own time and in addition to their normal class or workload, at times from 40 to 50 hours, said Len Liebert, assistant coordinator for Local No. 12.

It’s critical to set high expectations, so the “students rise to that level of expectation,” Liebert said. It allows for “healthy competition.”